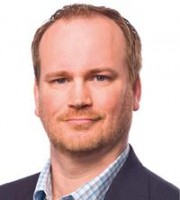 David Nicholson is a founding partner of Nicholson De Vos Webster & Elliott LLP. He is a registered patent attorney who focuses on IP protection in the software and hardware industries. He provides a broad range of patent-related services, including preparation and prosecution of patent applications (both foreign and domestic), design and evaluation of patent programmes, review and evaluation of patent portfolios, due diligence evaluations, post-grant proceedings, litigation support and opinions regarding patent validity and infringement. His background in electrical and computer engineering has allowed him to work on many interesting technologies, including: