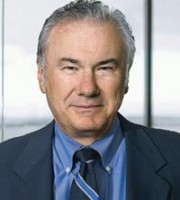 David J Teece is a renowned economist and an authority on matters of industrial organisation, technological change and innovation, particularly as it relates to antitrust and competition policy and intellectual property. He is the professor in global business and director of the Tusher Initiative for the Management of Intellectual Capital at the Haas School of Business at the University of California, Berkeley, and a former member of the board of overseers for the School of Arts and Sciences at the University of Pennsylvania. Dr Teece has a PhD in economics from the University of Pennsylvania and has held teaching and research positions at Stanford University and Oxford University. He has received nine honorary doctorates.

Dr Teece has over 30 years of experience as an active consultant performing economic, business and financial consulting services to businesses and governments around the world. He has worked on matters in industries ranging from music recording to DRAMS, software, lumber and petroleum, and has testified in both federal and state court, before Congress and the Federal Trade Commission, as well as in several international jurisdictions. He is the author of more than two hundred books and articles, and is the co-editor of Industrial & Corporate Change (Oxford University Press). According to Science Watch (November/December 2005), he is the lead author on the most-cited article in economics and business worldwide from 1995 to 2005. In 2020 he was ranked as the world’s most-cited scholar in the combined field of business and management in an analysis of science-wide author citations published in PLOS Biology, a peer-reviewed journal. He has been recognised by Accenture as one of the world’s top 50 business intellectuals and was named to the 2020 Thinkers50 Hall of Fame. In addition, he is among the “A-List of Management Academics 2011”, an honorary group of 30 accomplished and distinguished US business professors.