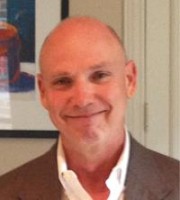 Daniel J Slottje is an emeritus professor of economics at Southern Methodist University in Dallas, Texas. Concurrent with his academic career, Professor Slottje has been working on high-profile IP litigation for over 30 years; first as a partner at KPMG and then as a senior managing director with FTI Consulting. He has been involved in some of the highest-stakes IP matters ever litigated.

As an economist and a statistician, Professor Slottje brings a unique perspective and skill set to IP litigation relative to many of his peers. Professor Slottje’s expertise in the fields of consumer demand and industrial organisation, as well as econometrics, forms a strong synergistic core to enable him to rigorously analyse IP litigation matters.

Professor Slottje has given over 200 depositions and testified at trial almost 100 times. In 1999 Professor Slottje was ranked in the world’s top three in applied econometrics based on his publishing record in the field. He has published over 150 journal articles and books, including as the editor on a John Wiley-published book on IP damages. He has been privileged to work with, and to continue to work with, many of the nation’s leading law firms.