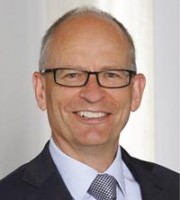 Christian W Appelt studied physics, with a major in solid state physics (Dipl Phys), at the University of Erlangen-Nuremberg, Germany.

His practice focuses on the registration and examination procedures, enforcement, litigation and licensing of technical IP rights (patents and utility models). He advises and represents clients in opposition and nullity proceedings before the German authorities and courts, as well as before the EPO. He has been heavily involved in litigation and invalidation procedures in the smartphone patent wars in Germany, representing a major US client in both defensive and offensive cases, and he regularly represents European, US and Japanese clients in dispute proceedings.

Mr Appelt advises companies on setting up internal IP processes and departments, and devising IP strategies – especially for small and mid-sized enterprises. He regularly teaches on various aspects of IP law, particularly at WIPO, the EPO and the Association of German Engineers. He has been a visiting lecturer at the University of Applied Sciences, Kiel, since 2004 and at Tokai University and the Tokyo University of Science since 2005.

Together with his partner Heinz Goddar, Mr Appelt wrote the EPC Handbook – Guide for Practitioner, which is in its fourth edition in Japan and has also been published in China, Taiwan and India, as well as in Arabic.