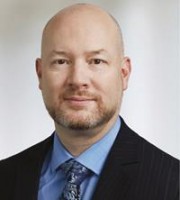 Christian Fischer is a US attorney of the Illinois Bar and an electronics engineer, specialising in patent law, technology and international arbitration.

Previously, he held positions as an adjunct professor of electrical engineering at the University of Illinois at Chicago, as a technology consultant and as a researcher. His work focused on signal processing for 3G cellular communication systems, but also included multiple antenna/MIMO technology, ultra-wideband radio, GSM, WiFi, CDMA, UMTS and other wireless systems.

Both a lawyer and a technology expert, having worked and studied in the United States, France, the United Kingdom and Switzerland, Mr Fischer thrives on complex, international issues and disputes. He is also a member of the Swiss Arbitration Association and received a certificate of advanced studies in international arbitration. He is a listed arbitrator at WIPO and the Institution for IT and Data Dispute Resolution.

Mr Fischer holds a JD from Chicago-Kent Illinois Institute of Technology, College of Law in Chicago, an MAS in intellectual property from ETH Zurich, Switzerland, a PhD in signal processing for mobile communications from Institute Eurecom/Telecom Paris, France, and a MEng in Electronic Engineering from the University of Southampton, United Kingdom.