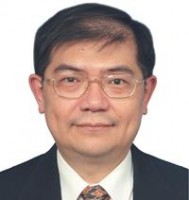 Che-Hung Chen founded Chen & Lin in 1992. He has extensive experience in the various legal issues facing industries such as semiconductors, telecommunications, pharmaceuticals, information technology and high technology. Mr Chen also has experience in international negotiation and dispute resolution, especially in the fields of construction, government procurement and IP infringement and licensing.

Before establishing Chen & Lin, Mr Chen worked at the Taipei office of McCutchen, Doyle, Brown & Enersen and was IBM’s general counsel in Taiwan. He is deeply familiar with the operation of multinational corporations and the needs of international clients. He has served clients such as 3M, Celenese, General Electric, General Motors, GTE, IBM, Logitech, Merck, NEC, Oxylane, Sandoz, TECO and UMC.

Mr Chen qualified as a certified dealmaker of the China Mergers and Acquisitions Association in 2015. He has served as director of the Taiwan Mergers & Acquisitions and Private Equity Council since 2009 and arbitrator of the Suzhou Arbitration Commission since 2008.

Mr Chen attended the National Taiwan University Law Department, obtaining his LLB in 1978 and his LLM in 1983. In 1985 Mr Chen went to the United States where he obtained an LLM from Harvard Law School. He is a member of the Taipei, Hsinchu, Taichung and Kaohsiung Bar Associations.