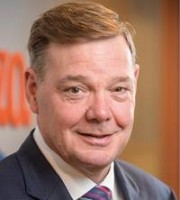 Cees Jansen has been chairman of VO Patents & Trademarks since July 2007. He graduated in physics from the Delft University of Technology. Mr Jansen was head of the patent department at two large technology-driven companies before he joined VO in 1993 and he continues to focus on tech companies in his present practice.

Mr Jansen has extensive expertise in high-tech systems such as radar, sonar, computer and telecommunications systems on the one hand and mechanical and physical systems on the other. In addition, he specialises in developing patent strategies to effectively protect systems, products, replacement products, parts of systems and semi-products. He has gained vast experience in opposition proceedings and litigation – in particular, infringement and nullification suits – both nationally and abroad, including in the United States.

Previous testimonials for Mr Jansen include the following: