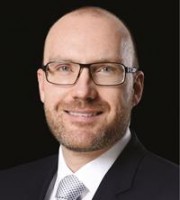 Carsten Prusko joined Zacco in 2011. He is a qualified German and European patent attorney, as well as a European trademark and design attorney. His practice focuses on the preparation and prosecution of patent applications in the fields of life sciences, especially in the fields of biochemistry, molecular biology, genetics, immunology and pharmaceuticals. Mr Prusko also represents clients in opposition and appeal procedures before the European Patent Office. In addition to European and international patent prosecution, Mr Prusko assists clients in developing IP strategies and managing their patent portfolios.

Mr Prusko obtained his master’s in biology from Julius Maximilian University in Wurzburg, Germany, in 2002. He received his doctorate in biochemistry from the same university in 2006. During his doctoral studies he worked for more than two years at the prestigious Massachusetts Institute of Technology in Cambridge, United States.

Mr Prusko trained as a patent attorney candidate at the IP firm Hoffmann Eitle in Munich from 2006 until 2010. He then received further training at the German Patent and Trademark Office and at the Federal Patent Court in Munich. He passed the German patent bar exam in November 2010 and the European qualifying exam in 2011.