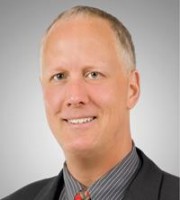 Bradley Forrest enjoys connecting with inventors and discussing complex technologies. Sharing in inventors’ passion for their inventions and crafting IP protection in diverse technical areas is very rewarding for him. He also enjoys freedom-to-operate studies, and infringement and non-infringement opinion work. He is involved in the business side of law firm management, being instrumental in helping to grow and manage the firm, currently serving as general counsel and chair of the board.

From 1984 to 1993, Mr Forrest worked at IBM in Rochester, Minnesota, as counsel and manager of the IP law department. He identified several key inventions and wrote many important patents, including the RAID V patent, magneto-optic recording patents, operating system patents, distributed computing patents, networking patents and basic patents covering server-driven work processing, known as IPC. From 1994 to 1995, he was a division counsel and the copyright and trademark counsel for IBM worldwide in New York, and he was featured in the National Law Journal as an attorney having reached the peak of his profession. Looks like he proved them wrong.

He is currently chair of the Patent Relations with the USPTO Committee at the American Intellectual Property Law Association (AIPLA) that prepares AIPLA comments on notices of public rule making. He is an AIPLA fellow, served on the AIPLA Board of Directors from 2013 to 2015, has served as chair of several AIPLA committees, including the Special Committee on Publications, the Electronics and Computer Law Committee and the Emerging Technologies Committee. As a member of the Minnesota State Bar Association, he served on the Board of Governors and was previously president of the Minnesota Intellectual Property Law Association.

Mr Forrest is an active speaker on all areas of IP protection.