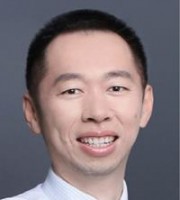 Mr Jin is a member of the China Bar and admitted to practise before the China Intellectual Property Office.