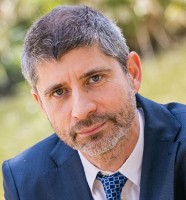 Mr Zea frequently acts as an expert in patent court actions before Spanish courts. He has acted as a technical expert both within and outside Spain in cases involving blockbuster drugs such as atorvastatin, escitalopram, alendronate, tamsulosine, venlafaxine and the most recent cases of fulvestrant and pemetrexed.

Mr Zea started teaching at the Patent Centre of the University of Barcelona in 1988. He is an expert in searching patent and scientific literature, as he was a representative of both STN International and Chemical Abstracts Service in Spain for over 10 years. Before this, he worked for Questel-Orbit.

Since 1988 he has lectured regularly on patent matters on courses organised by the Spanish Patent and Trademark Office and the Patent Centre of the University of Barcelona, as well as on the main Spanish master’s programmes on intellectual property. He has authored several articles on patent matters and patent documentation in Spanish newspapers and specialised journals.