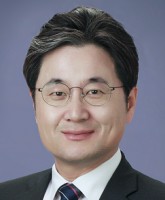 Ben (Beyong-ho) Yuu understands the value of inventions and dedication behind them. In him, clients find the sincerity, humility and trustworthiness of a true IP service provider.

Mr Yuu is an accomplished and experienced patent attorney with a track record of proven results on patent prosecution and post-grant proceedings, infringement and invalidity analyses, litigations and freedom-to-operate searches in the fields of electronic devices, semiconductors, wireless standards (including LTE and 5G), computer and software, and new technologies including artificial intelligence, clouds and robotics.

Mr Yuu regularly attends international conventions, including the annual meetings of the Asian Patent Attorneys Association and INTA, as committee member. He has also long been recognised as a prominent IP practitioner in Korea and has spoken extensively on the topics of patent and design laws both in South Korea and abroad.

Mr Yuu has been the managing partner of NAM & NAM since joining the firm in 2016. He also leads the firm’s operational excellence for international clients. Mr Yuu is admitted to the Korean Patent Bar, the California State Bar as a US attorney at law and the USPTO as a US patent attorney.

He is that rare breed of attorneys who understands the technology at stake and ambitions of individual clients. He started his career as a patent attorney at NAM & NAM in 1997 until 2000. After his 15-year IP voyage through Qualcomm and Samsung Electronics, he returned to NAM & NAM armoured with greater experience and deeper insights.