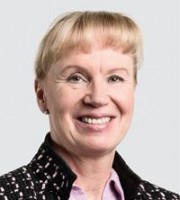 Annika Hakkila is a partner and chair of the board at Boco IP. She holds an MSc in chemistry and started working in the Finnish pharmaceutical in 1984. In 1990 she began her career in intellectual property as an in-house engineer and moved to private practice in 1996. She joined Boco IP in 2011.

Ms Hakkila has broad experience in conducting oral proceedings before examining divisions, opposition divisions and the Boards of Appeal of the European Patent Office. In addition, she has handled several national Finnish opposition cases, representing both opponents and proprietors.

Ms Hakkila has been actively involved in training and lecturing on intellectual property at several organisations, including the Finnish Patent Office and Aalto University. She is a member of several national and international IP organisations and has served as member of the Association of Finnish Patent Attorneys and chair of the association’s chemistry group.