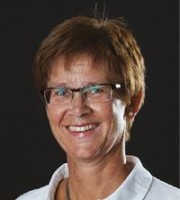 Anne Sønstevold has worked as a patent attorney since 1997, including three years in the patent department of GE Healthcare. She joined Zacco in 2001.

Ms Sønstevold provides advice on strategic patenting issues and deals with all matters related to patenting, such as prior art searches, drafting and prosecuting patent applications, oppositions and appeals, infringement and validity opinions, and litigation support. A key area of expertise is in supplementary protection certificates for approved medicinal products, as well as plant breeders’ rights. Her practice focuses on the biotechnology, pharmaceuticals, chemistry, life sciences and healthcare sectors.

Ms Sønstevold graduated with a MSc in biology (physiology) from the University of Oslo in 1983 and has been on the list of European patent attorneys since Norway became a member of the EPO in 2008.