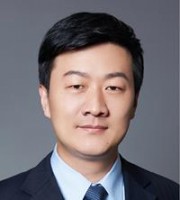 Andy Xiang has over 14 years of experience in handling complex and cross-border patent and technology-related IP lawsuits and counselling in China. He has successfully represented some of the world’s top technology giants in enforcing their patent rights and has also defended them against claims of infringement. He has handled a wide range of patent and trade secret disputes in the technology areas, including telecommunication, electronics, diagnostic and medical devices, industrial robots, electrical equipment and consumer products.

A trade dress retrial case in which he successfully represented a client before the Supreme People’s Court in 2010 has set the standard for dual protection of a product’s configuration through design patent and trade dress. That case was named as one of the annual IP cases of the court for that year and is frequently cited as a guiding case.

Mr Xiang had previously practised at King & Wood Mallesons and LexField. He also worked at ABB China as its IP manager and counsel, as well as Vestas, for seven years combined, where he led several patent disputes for the company, as well as IP licensing and transactional matters for regions of Asia. He also served as vice chair and chair of the Patent and Innovation Committee of the Quality Brands Protection Committee of the China Association of Enterprises with Foreign Investment from 2013 to 2017.

Mr Xiang is admitted to the China and California Bars, as well as before China’s National IP Administration. Mr Xiang has also passed the USPTO Bar examination.