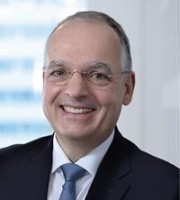 Andreas Thielmann has been a registered German and European patent attorney since 1991 and a partner with COHAUSZ & FLORACK since 1993. He has carried out patent and trademark prosecution since the beginning of his career and is routinely involved in patent litigation for both domestic and international clients.

Mr Thielmann is experienced in handling patent infringement cases before the German district and higher regional courts, as well as nullity proceedings before the Federal Patent Court and the Federal Court of Justice. He is also active in opposition and appeal proceedings before the European Patent Office. Having regularly attended international conferences over the past 25 years, he relies on many personal business acquaintances in his worldwide IP network. Mr Thielmann also serves as an honorary judge in the senate for patent attorney matters at the Federal Court of Justice, Karlsruhe.

Mr Thielmann’s technical background is in the mining technology and general mechanical engineering fields. His current practice focuses mainly on packaging technology, ceramics and refractory materials, as well as environmental, power plant and processing technologies. He obtained his graduate degree in mining engineering from RWTH Aachen University in 1987.