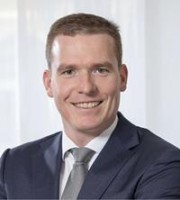 Andreas Tanner is a German and European patent attorney, trained in electrical engineering. With his technical focus on telecommunications, electronics and semiconductors, he is active in both patent prosecution and patent litigation matters. He is regularly involved in various major series of patent disputes, including infringement procedures before the district and appeal courts and nullity procedures before the Federal Patent Court in these technical fields. In addition, Mr Tanner gives client advice in the field of preparation of licence and cooperation agreements and counselling on employees’ invention law.

He studied electrical engineering at RWTH Aachen where he specialised in power electronics before starting his career as a patent attorney in 2008. In 2013 he gained his master’s in IP law from the Dusseldorf Law School. Mr Tanner joined Maikowski & Ninnemann as an associate in 2012 and has been a partner and the head of its Munich office since 2016.

Mr Tanner is a member of the German Association for the Protection of Intellectual Property and is an internal auditor at the Institute of Professional Representatives before the European Patent Office.