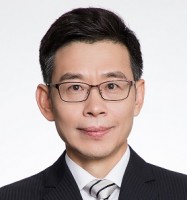 Allen F Tao specialises in patent invalidation, litigation and dispute resolutions before the Chinese administrative agencies and the courts, as well as in counselling on IP strategies and patent clearance searches. His practice also covers patent prosecution in the fields of material science, semiconductors, displays and mechanical engineering. Since 1998, he has handled dozens of patent-related proceedings before the courts, as well as some cases relating to trademarks, trade secrets and copyright issues. Mr Tao has represented a number of multinational corporations in IP litigation cases in China. He also has extensive experience in contractual issues, licensing and other IP-related issues that foreign companies doing business in China face.

Mr Tao received his bachelor’s and master’s degrees in material science and technology from the University of Electronics Science and Technology of China in 1988 and 1991 respectively. He received professional training at a law firm in Germany in 1997 and further obtained an LLM from the John Marshall Law School in the United States in 2001 and a master of law degree from the Huazhong University of Science and Technology in 2004. Mr Tao worked at a research institute for four years before joining Liu, Shen & Associates in 1995.