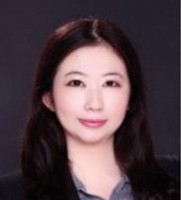 Alexandra (Pu) Yang is one of China’s preeminent IP litigators. As a recognised consulting expert to the Supreme People’s Court’s Intellectual Property Research Centre, she has extensive experience in every area of IP law, including patents, copyright, trademarks and trade secrets.

Ms Yang leads a patent litigation practice that has been ranked by Chambers as “China IP Litigation Firms (Band 1)” every year since 2014. She represents many Fortune 500 companies and leading technology companies in their most important matters. Many cases led by Ms Yang are groundbreaking in furthering the development of IP and competition laws in China. She has taken more than 10 cases to trial before the Supreme People’s Court, with four recognised as “Top Cases” by the court.

Ms Yang has been ranked among the best IP litigators in China by many professional directories, including Chambers, IAM Patent 1000, Managing IP and Benchmark Litigation, and is recognised as one of the “the country’s most formidable patent litigators”. Peers note that “her ‘fierce and proactive advocacy style’ wins accolades from clients and fellow practitioners alike”. WTR has also recognised Ms Yang as “the crème de la crème of Chinese IP litigators” who “is heavily involved in multiple high-profile disputes”. It adds that “the teams she develops always create and execute winning legal strategies that yield outstanding results”.