As IAM has covered over the last few years, patent pools appear to be gaining in popularity, in part because the tough licensing environment has encouraged patent owners in particular to seek out ways to make the dealmaking process much more efficient.

In the last couple of years we have seen the emergence of two new platforms - Avanci and Velos Media - focused on mobile technology in auto and the Internet of Things and video compression respectively, while others such as Via Licensing have overhauled their approach to emerging markets such as China.

In the latest issue of IAM, the developing patent pool landscape around the latest video compression standard — HEVC — is the subject of an excellent article by Erik Oliver and Kent Richardson of Richardson Oliver Law Group.

Their analysis looks at the development of the three principal video coding standards which includes the MPEG-2 standard adopted in the mid-90s and the subject of what for many people remains the high watermark for a successful patent pool. As viewing habits shift to people streaming more content on multiple devices then the technology around compressing large packets of data has become ever more important and, for the IP owners, potentially ever more lucrative.

However in contrast to MPEG-2 where the MPEG-LA administered pool was the only show in town, HEVC is the focus of three competing pools — one from MPEG-LA, HEVC Advance and Velos. Like Avanci, Velos doesn’t pitch itself as a pool but it has many of the same characteristics.

The article from ROL looks at which patent owners have signed up as licensors to each pool, details how many patents they have on offer and royalty rates which are a combination of publicly available figures and, for Velos, the authors’ own estimates. The analysis pegs the handset royalty rate covered by the main pools at $1.60 which is increased to $2.25 when unaffiliated patent owners (which include Nokia and Microsoft) are included. As the article points out, that represents a royalty of 1.1% for a handset with an average sales price of $200. By way of comparison for 4G LTE technology the cumulative royalty per phone has been estimated to be $7.25.

So will prospective licensees find that HEVC rate easy to swallow? Richardson and Oliver suggest that they may not given the fragmented the nature of the pools covering HEVC, declining product prices and a greater reluctance to take licences in the first place. “We believe that licensing may be slowed or stalled today because of the complex HEVC licensing environment,” they write in the article.

Plus it isn’t clear yet what impact the Alliance for Open Media, a consortium comprising a host of tech giants including Amazon, Microsoft and Google aimed at developing a new open source video compression standard, will ultimately have on the licensing environment. The news at the start of this year that Apple was joining the alliance was a significant boost and suggests ongoing dissatisfaction among some companies with the current licensing regime. 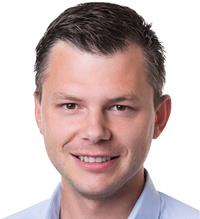