By Mengmeng Yu and Xia Zheng

The Patent Law grants patentees the right to indicate on its patented products or packaging that patent protection is in place. In practice, patent marking is not compulsory and is no guarantee that compensation will be awarded in patent infringement cases. However, many patentees still like to label their products with a patent indication to alert other parties that the product is legally protected against infringement and to give the impression that their product is innovative and worth buying.

Licensees explicitly authorised by patentees with the right to use patent marks can also enjoy the right to label.

As long as a patent is granted and in force it can be marked on:

It is prohibited to label a product with a patent that is invalid, terminated or abandoned.

For pending patent applications, the Measures for Patent Marking (Decree 63 of the National Intellectual Property Administration) allow for labelling on products, packaging, specifications or other materials and specify that the indication should include:

According to the Advertising Law, where an advertisement involves a patented product or patented process, it should clearly indicate the type and number of the patent. The Measures for Patent Marking further elaborate the requirements, requesting labelling as follows:

Additional words or graphic symbols may also be indicated but should not mislead the public. Some typical misleading uses include using ‘高科技 (high tech)’ or ‘国家级 (national level)’ to mark products covered merely by utility model patents or design patents.

Although specific approaches are provided for patent marking, marking a patented product with a URL address accessible to the public that associates that product with the patent number (known as ‘virtual marking’ or ‘web marking’ – and which has been adopted by some US companies) is unacceptable in China.

Companies may advertise their patented products on websites but should still pay attention to the abovementioned provisions. A well-known smartphone brand once introduced a new product with the indication that it had applied for more than 40 patents for the new phone’s touch-control system, using the phrase ‘黑科技 (black technology)’ to describe it. The local Industry and Commerce Administration Department found that the patent applications were all pending and had yet to obtain patent certificates. It thereby ordered the brand to immediately stop the illegal advertising and fined it Rmb30,000 (approximately $4,800).

The provisions for patent marking do not provide detailed requirements regarding the font colour, size or type to be used, or how to affix the indication (eg, printing, using stickers or stamping). Companies are advised to come up with feasible patent marking based on product properties, aesthetic design and other appropriate factors, provided that the abovementioned requirements are met.

Companies may choose not to label their patented products. However, once a company decides to patent mark, it must follow the abovementioned provisions. Improper patent marking, in consideration of its nature, can be divided into two types:

Non-standard patent marking refers to defectively labelling a patent where the patent is in a valid state and the company has the right to mark.

The first three scenarios happen frequently in practice, especially where a company labels only with such phrases as ‘专利产品 (patented product)’ or ‘专利产品, 违法必究 (patented product, infringer will be brought to justice)’.

Where non-standard patent marking is identified, the law enforcement department will usually order the company to stop the action and/or correct the labelling, but will impose no punishment.

According to Rule 84 of the Implementing Regulations of the Patent Law, any of the following would be considered an act of passing off:

Where improper patent marking constitutes patent passing off, according to Article 63 of the Patent Law, in addition to bearing civil liability according to law, the company will be ordered to correct the act. Its illegal gains will be confiscated and a fine of no more than four times the illegal gains may be imposed. If there are no illegal gains, the fine will be no more than Rmb200,000 (approximately $32,000).

Where improper patent marking violates Article 216 of the Criminal Law, which forbids counterfeiting others’ patents, the person who committed the crime will be sentenced to a fixed-term of imprisonment of no more than three years or criminal detention and/or fined. Where a company committed the crime, it will be fined in parallel with the person in charge of the company or other persons in the company who are directly responsible for the offence and will be sentenced as above.

Where a company forges or alters patent certificates while passing off a patent, it violates Article 280 of the Criminal Law which forbids people to forge, alter, buy or sell official documents, certificates or seals of a state organ. The person who committed the crime will be sentenced to a fixed term of imprisonment of no more than three years, criminal detention, public surveillance or deprivation of political rights, and will be fined. If the circumstances are serious, he or she will be sentenced to fixed-term imprisonment of no less than three years but no more than 10 years, and will be fined.

Although the implementing regulations of the Patent Law provide that affixing a patent indication on a patented product, on a product directly obtained through a patented process, or on the packaging of such products before the termination of the patent right and offering for sale or selling such products after the termination of the patent right, is not an act of passing off a patent. In practice, since the Industry and Commerce Administration Department adopts strict implementation in daily supervision on improper advertising, such labelling acts may be taken as violating Article 59 of the Advertising Law, which forbids the use of terminated, withdrawn or invalid patents in advertising.

Where an advertisement (including advertising on product packaging, specifications or promotional materials) has improper patent marking, if the advertising operator or advertising publisher knows or should know the existence of the violation but still designs, produces, acts as agent or publishes the advertising, the Industry and Commerce Administration Department can issue a fine of up to Rmb100,000 (approximately $16,000).

These punishments will be made public by the law enforcement departments, recorded in the business credit information report (which is accessible to the public) and will affect the credit of the punished company.

In July 2017 the Shanghai Municipal IP Office found that a Guangdong electrical appliance company labelled its products, display boards and packing boxes with invalid patents. Specifically, some marked patents were still pending and had not yet been granted, while some had been terminated. The company had also forged or altered the patent certificates for exhibition. The acts constituted passing off patents. The office eventually decided to impose administrative punishments, confiscated the illegal gains and fined the company Rmb45,000 (approximately $7,200).

In March 2017 the Hangzhou Intellectual Property Office found that Tmall – a business-to-consumer retail website – was selling gem-identification and testing equipment with a patent indication which included the patent number and the phrase ‘专利号标识 (patent number indication)’. However, the office found that the patent had been terminated in 2014 due to a failure to pay annuity. The acts constituted patent passing off. The office ordered Tmall to immediately delete the information which related to patent indication.

In March 2017 the Wuxi Intellectual Property Office found that a toothbrush marked with a patent number was being sold in a local supermarket. The toothbrush manufacturer was Company A and the marked patent was a utility model patent granted in 2010. After further investigation, the office found that the patent was owned by another party and had been exclusively licensed to Company B since 2013. Moreover, all claims regarding the patent were invalidated in 2016. The supermarket was then accused of selling and offering to sell products of a passing-off patent.

A cosmetology hospital in Guangxi Province claimed that more than 10,000 women had benefited from its invention (which was also a patented technique) and cited a patent number on its marketing materials. In October 2016 the local Industry and Commerce Administration Department heard of these claims and discovered that the patent number used on the labelled materials referred to a utility model patent for a face stereo-plastic calibrator; not an invention patent as had been stated in the materials. The content was determined to be false, misleading and with the potential to cheat consumers. The hospital was punished in accordance with the relevant provisions.

A similar situation occurred when a pharmaceutical company applied for a design patent for a product’s packaging, labelled the packaging with the patent indication and marketed the product as a patented medicine in its advertising materials. The acts violated consumers’ right to know and constituted patent passing-off.

A company had a valid invention patent and labelled it on the corresponding product. Unfortunately, the marked patent number was one digit short, rendering it non-existent. The labelling error was clearly a result of negligence rather than an intentional act, and the company did not try to use this mistake to deceive the public. Therefore, the company was ordered to correct the mistake within a limited time, but was not subjected to any punishment. Similarly, if the incorrectly marked patent number had coincided with another patent right and the subject matters of the two patents were clearly unrelated, the same determination of negligence would have been made.

During a 2009 patent law enforcement inspection of the Friendship Mall, the local IP office found that the mall was selling boxed paper tissues with the patent indication printed on the packaging. However, according to the results from the State Intellectual Property Office’s (SIPO) legal status announcement, the patent was terminated due to failure to pay annuity in August 2008. The mall was suspected of passing off the patent. The local IP office delivered the advanced notification of administrative punishment and informed the mall of its right to argue against the punishment if it had a different opinion within seven days of receiving the notification. In the prescribed time, the Friendship Mall contacted the manufacturer of the tissues and managed to submit SIPO’s official receipt for paying the arrears, which indicated that the payment was made in October 2008. The office later confirmed the information with SIPO and issued no punishment.

It is advisable to keep up to date with relevant laws and regulations, and strictly follow the necessary requirements for patent marking. Patent marking will not affect the calculation of damages in an infringement lawsuit, but it could be used as evidence to prove that another party knows or should know that the product is protected by a patent.

A comprehensive plan should be made for the patented product and its packaging, specification and promotional materials. In addition, periodic screening should be conducted in order to ensure that the patent marking and the products in the market are compliant with the relevant provisions and to avoid unnecessary loss.

Effective management should be performed on the patents which will be or have been marked on products. Annuities and other fees should be paid in a timely manner to keep the patents active. It is also advisable to keep receipts, monitor the possible risks of patent loss, and stop marking products with the patent when it has been terminated, abandoned or invalidated.

Training on patent marking should be provided to employees, especially those who work in product planning, marketing or sales positions, to improve their awareness of patent marking and the skills in risk prevention and control.

When facing an administrative investigation or action, it is prudent not to panic. It is advisable to actively participate in the procedure, provide a defence, submit evidence and promptly communicate with a patent attorney and legal counsel to safeguard legitimate rights and business interests. 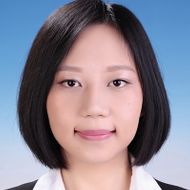 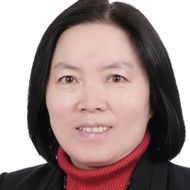