First, patent owners should have a stable patent. It is advisable to conduct a patent-stability analysis before initiating a lawsuit. Second, because of the uniqueness of patent cases in specific technologies, patent owners need a lawyer who is not only familiar with the law but who also has a good understanding of the technologies involved. And finally, patent owners must work with lawyers to ensure that the litigation strategy is correct, effective and beneficial, including such issues as where to sue, whom to sue, and what patent to sue, among other things.

Of course, if both parties wish to mediate, the court will mediate. More and more cases are being settled this way.

For most patent cases, a panel of judges will hear the case. China adopts the collegiate system. Typically, the panel has three judges, but in a few cases there are five.

Q: What level of expertise can litigants expect
from courts?

According to the assignment of judges, technical investigation officers can participate in the inquiry, hearing and trial, as well as propose investigation suggestions to the judges. The judge will, at his or her sole discretion, decide whether to adopt the officer’s opinion, and the judge remains responsible for this decision.

The court may also entrust appraisers or experts to provide expert opinions on the professional or technical issues involved.

No. In China, while patent infringement disputes are dealt with by the People’s Court, the determination of patent validity is only dealt with by the China National Intellectual Property Administration (CNIPA). A branch of the CNIPA, formerly known as the Patent Re-examination Board, is responsible for handling patent invalidation proceedings.

Any unit or individual can file an invalidation request before the CNIPA.

The CNIPA can invalidate patents for many reasons, including lack of novelty; lack of inventiveness; insufficient disclosure to the CNIPA during the application process; and indefiniteness of claims. The CNIPA ultimately renders a decision of validity, partial validity or invalidity. CNIPA proceedings normally take between six and 10 months, and decisions may be appealed to the Beijing IP Court in the first instance and then to the IP tribunal of the Supreme People’s Court of China for the second and final instance.

According to the provisions of the Civil Procedure Law of China, attorneys at law, patent attorneys recommended by the All-China Patent Attorneys Association and staff of parties can represent parties engaged in a dispute.

In China, the court where the defendant is located and the court where the infringing act is committed have jurisdiction. For example, if there is a sale of infringing products in one place, the patentee can sue both the distributor and the manufacturer in that place. It is possible and easy for the plaintiff to engage in forum selection.

There is no pre-trial discovery system in China. There is nearly a total absence of compulsory discovery and narrow rules of admissibility. Courts may, at their discretion, undertake their own evidence collection or order the parties to engage in discovery, although it is uncommon. In China, plaintiffs bear a heavy burden of proof and must build much of their cases on evidence obtained by private investigators.

There are signs that Chinese courts are increasingly willing to order the preservation and disclosure of relevant evidence. Once obtained, an evidence preservation order could allow for a party to be questioned, its premises to be inspected, or for documents and samples of the allegedly infringing products to be produced.

In a Chinese court, the parties may engage expert witnesses and entrust them to appear in court to express their opinions on the professional issues involved. Being entrusted by the party, the expert witness is somewhat partisan, like a lawyer, whose opinions are categorised as a party’s statement under China’s evidence rules.

Q: Is the doctrine of equivalents applied by courts in your jurisdiction and, if so, what form does
it take?

In practice, infringement under the doctrine of equivalents is not frequently supported by court judges.

Since there is no evidence disclosure system in China and the burden of proof for the patentee is heavy, it is very difficult for the patentee to prove patent infringement in biotechnology, business methods or software-related cases.

The Supreme People’s court has published a small number of guiding cases that are binding on lower courts. For other cases, there is no binding force on the court. However, in patent litigation, more and more courts and judges are beginning to pay attention to the role of precedent, and are encouraging lawyers and parties to submit reference cases.

Courts have less consideration of the same or similar cases of other jurisdictions. Decisions from the same jurisdictions are more persuasive than those from others.

If a court believes that failure to take a preservation measure will cause irreparable damage to the legitimate rights holder or the interested party, the court may consider granting a preliminary injunction. The following factors are considered:

It is unusual for a court to consider granting a preliminary injunction.

In general, it takes one to two years for invention patent cases and six months to a year for utility model and design cases to reach a decision at first instance.

China continues to increase the amount of damages. The court has also ruled that the losing party should bear reasonable attorneys’ fees. Usually, the winning party’s costs is recoverable from the losing party.

The following remedies are available to a successful plaintiff:

In China’s patent infringement lawsuits, damages may be determined through a number of routes:

In a case where the above three options cannot be clearly calculated, statutory compensation (currently between Rmb100,000 and Rmb1 million) may be applied at the plaintiff’s request.

An upcoming and anticipated amendment to China’s patent law will significantly increase the amount of monetary damages available to successful plaintiffs by:

Yes. China has a system of second instance and final judgment. Most cases are closed after the second instance. It means that if the parties are not satisfied with the first-instance judgment, they can appeal to a higher court, and the higher court will and must conduct the second-instance trial. The second-instance judgment will be the effective and final judgment and the parties can apply for its enforcement.

It typically takes about six months to a year.

Yes. There is a retrial procedure. After the final trial of a case, the parties can apply for a retrial on the grounds of errors in evidence determination, application of law and litigation procedure, among others. The decision regarding a retrial will be decided by a higher court after the examination.

Regarding the time limit for applying for a retrial, both Chinese and foreign parties should apply within six months of the judgment taking effect.

China has been increasing IP protection and has set up special IP courts in Beijing, Shanghai and Guangzhou. These IP courts have a reputation for being pro-patentee.

Yes, administrative petition (or administrative enforcement) is a unique and important way of enforcing a patent in China. A patentee can file a petition with local administrative authorities with materials showing their legal right and preliminary infringement evidence.

If the administrative authorities determine an act of infringement of a patent, they have the right to issue an order to stop the infringing act. However, if the patentee needs to claim compensation for infringement from the infringer, it is necessary to negotiate a settlement or file a civil litigation.

The establishment of the IP Tribunal has played a very positive role in strengthening the protection of IP rights and unifying judgment standards. 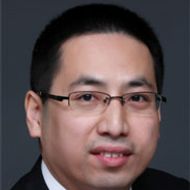 Jian Chen is a senior partner in Beijing Sanyou Intellectual Property Agency Ltd, specialising in intellectual property and unfair competition matters. He has worked on patent litigations in various technical areas, with a focus on mechanical and electronic matters. He has a bachelor of engineering degree in mechanical engineering from Beijing Institute of Technology, an LLB from Tsinghua University and an LLM from Chicago Kent College of Law, United States. Mr Chen has worked on numerous IP litigation and enforcement cases representing foreign clients. He regularly participates as a speaker and panellist at various conferences.