In China, while patent infringement disputes are usually dealt with by the People’s Court, the determination of patent validity is within the exclusive jurisdiction of the China National Intellectual Property Administration (CNIPA, known as the SIPO prior to August 2018). A branch of the CNIPA, formerly known as the Patent Re-examination Board (PRB), is responsible for handling patent invalidation proceedings. However, according to the latest news, after 1 April 2019 the name of PRB will no longer appear in the decisions, instead the CNIPA will issue the decisions in its own name.

With the rapid growth of patent applications and grants in China, the number of invalidation requests has increased dramatically during recent years. In 2018 5,235 invalidation requests covering all inventions, utility models and designs were filed with the PRB, nearly 2.5 times greater than in 2008. Among the total, there were:

Although the number of invalidation requests concluded successfully rose from 2,737 in 2008 to 4,217 in 2018, the PRB is struggling to keep pace. The PRB has taken a series of measures to shorten the examination period. In 2018 most invalidation cases can be effectively concluded within six months (the average period for examination is 5.2 months).

There are no official statistics on the success rate of patent invalidation requests, but according to an unofficial estimate, approximately 50% to 60% of the patents concerned are declared invalid.

The invalidation procedure is substantially an inter partes re-examination which involves three parties:

All of the patentees will be notified by the PRB of the acceptance of the invalidation request and forwarded the requests and evidence filed by the petitioner. In theory, the patentee may remain silent and never appear during the whole procedure, which will not impede the panel making a decision. However, such practice is not recommended if the patent is important to the patentee. There is a period of 15 mailing days plus one month for the patentee to file a response to each of the preliminary and supplemental requests. The patentee’s evidence, claims’ amendments or any objections to the Chinese translation of evidence provided by the petitioner should be filed within this time. Certainly, equal to the petitioner, the patentee’s evidence of common knowledge or complementary evidence for meeting the legal requirement for evidence can be filed during the oral hearing.

The panel comprises three examiners as panel members, sometimes five for important cases. It usually organises an oral hearing within three or four months after the acceptance of the request filed by the petitioner. Up to four persons are permitted to attend the oral hearing for each party of the patentee and petitioner. Power of attorney must be presented before the oral hearing. A panel’s decision will be issued within three months of the oral hearing to meet the total six-month time requirement. However, the time limit can be delayed by the panel, although many of the decisions are issued within the six months.

If the decision is unsatisfactory, both the petitioner and patentee may file an administrative litigation with the Beijing IP Court within three months of the decision’s issue date.

Eligible grounds for invalidation requests and requirements on supporting evidence

Any entity or individual, including the patentee itself, may file a request for invalidation at any time after the patent is granted. Eligible grounds for filing a petition include:

Among the various grounds, an attack on the lack of novelty and/or inventiveness during invalidation proceedings probably carries the most weight. The likelihood of a request being accepted by the PRB based on such grounds is substantially higher than if it were based on other grounds.

When filing an invalidation request, a detailed explanation of the invalidity grounds should be made, referencing the supporting evidence. Evidence is crucial, especially for grounds regarding lack of novelty and inventiveness. A specific description should be given to the relevant technical solution for the patent concerned and the supporting evidence, and comparative analysis should be made in this regard. If the evidence is used in combination, the specific manner of its combination should be indicated.

Although many forms of evidence are accepted by the PRB (eg, documentary evidence, physical evidence, audiovisual evidence, oral testimony of a witness and experts’ conclusions, among others), in practice, documentary evidence with an unambiguous publication date is the most reliable. If evidence in a foreign language is submitted, a Chinese translation should also be submitted within the specified time limit. Evidence formed abroad should be notarised by the notary public in the country concerned and legalised by the Chinese embassy or consulate in that country.

Restriction on amendments in terms of permissible manners and timing

During invalidation proceedings, the patentee of an invention or utility model patent can make amendments, but the amendments are limited to the claims only, in line with the following rules:

Therefore, permissible amendments are limited to:

Amendments can be made in response to invalidation and supplemental requests within one month after receiving the notification of the transfer of documents. After that, the patentee can make amendments only by deletion of a claim or technical solution, until the time when the examination decision is made by the PRB.

As a fundamental principle widely recognised and confirmed by many court judgments and invalidation decisions, China’s patent system is a first-to-file system based on the quid pro quo that a patentee discloses the invention sufficiently on the filing date in exchange for the right to exclude others. This principle is particularly important for inventions in such fields as pharmaceuticals, chemicals and biotechnology, which are generally believed to belong to experiment-based science and their technical effects are not usually predicable. As such, for inventions in such technical fields, patentees not only must describe the preparation, identification and technical uses and effects of the invention product, but must also disclose the supporting data to prove these aspects in the specification. In other words, the applicants must prove the actual completeness of the invention on the filing date, instead of a conceptual completeness. Failing to provide this data in the application document as originally filed may cause insufficient disclosure.

This problem can hardly be remedied by submitting post-filing experimental data. In the past, the Guidelines for Examination of the former SIPO had a clear provision to exclude any post-filing data addressing sufficiency of disclosure, which caused a lot of controversy. The SIPO finally agreed to amend the guidelines to consider such data following a retrial decision by the Supreme People’s Court of China in 2015 – it created a rule for the acceptance of post-filing experimental data in the new guidelines. In short, the rule requires that the technical effect being proved by the post-filing data is derivable from the original disclosure of the application. The data can further affirm the fact as disclosed in the specification but cannot create any new fact.

A similar rule can also be applied to the situation where further experimental data is used to prove superior technical effects over the closest prior art to establish inventive step. In a recent invalidation decision by the PRB, it reaffirmed that because the post-filing data belongs to neither the disclosure contained in the application as originally filed nor to the prior art, whether it can be accepted should be determined in accordance with the same rule as if the technical effect being proved by the post-filing data is derivable from the original disclosure of the application. In this case, the applicant tried to prove synergistic effect of a combination of two known drugs, but did not disclose experimental data in the specification to demonstrate the effect. The PRB acknowledged the enablement of the invention because both drugs are known for that purpose of treatment; however, it negated the inventive step because the synergistic effect was not proved with evidence within the specification and the defect cannot be remedied by post-filing data.

The CNIPA coordinates the requirements of the acceptance of post-filing data for both sufficiency and inventive step. It requires applicants, on the one hand, to demonstrate the actual completeness of the invention and prove the plausibility of the technical effect with at least some experimental evidence in the specification when drafting an application, while on the other hand, it requires applicants to avoid the risky strategy to establish inventive step based on a new technical effect that is not derivable from the application as originally filed during prosecution and post-grant invalidation proceedings.

Even if the PRB’s decision is to maintain the patent right, it may still affect the infringement litigation, especially the claims interpretation. According to Judicial Interpretation 21 (2009) issued by the Supreme Court, claims can be interpreted according to examination documents. In this sense, the opinions in the PRB’s decision may be used to further define or clarify a claim’s scope.

In addition, the patentee’s observations and/or amendments to claims during the invalidation procedure will follow the doctrine of history estoppel. A claim’s protection scope abandoned by the patentee in the invalidation procedure cannot be reclaimed by using, for example, the doctrine of equivalence in the infringement litigation. Of course, if such observations or amendments are denied by the panel during the hearing, they will not result in the estoppel. 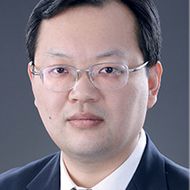 Ji Liu is the deputy director of the patent litigation department at CCPIT Patent and Trademark Law Office and has been working as a patent attorney since 2001. He has a master’s in polymer science and studied IP law at Cardozo School of Law. Mr Liu has also trained in US and German law firms, focusing on patent laws and practice in the United States and Europe. He has handled more than 1,000 patent filing and prosecuting cases in various technical fields, particularly polymers and chemical engineering. Mr Liu has also represented clients in many patent re-examination cases, patent invalidation cases and administrative litigation cases, including a retrial case before the Supreme Court.