A patent is an exclusive monopoly right, which most modern business owners leverage to optimise the commercialisation of their intellectual inventions. Indian patent law enables a patentee to exclude others from making, using, selling, offering for sale or importing their patented invention without their consent. The patentee is entitled to seek relief in case of an infringement, which includes an injunction, damages or an account of profits. However, certain acts of making, using, selling or importing a patented invention by a third party, even without the consent of the patentee, are not considered to be an act of infringement. Section 107(A) of the Patent Law – which is referred to as the ‘Bolar provision’ or ‘Bolar exemption’ – is a safeguard against patent infringement, especially significant to pharmaceutical drugs. The exemption was so named after the landmark US case Roche Products v Bolar Pharmaceuticals, wherein it was held that Bolar’s use of the patented compound for federally mandated testing was an infringement of the patent. However, soon after this judgment, the US Congress overturned the decision by enacting a law permitting the use of patented inventions in research to seek Food and Drug Administration approval.

While the provision had been sitting idly in the statute since 2003, it came into play after India embraced the product patent regime in 2005. The provision subsumes research exemption as a defence, according to which, the use of a patented invention in research to generate clinic trial data for regulatory approval is not considered an act of infringement. Before the expiry of the patent term, pharmaceutical patentees have, in general, monopolistic rights over patented drugs to restrain competitors from launching generic versions of the drug in the market. This monopolistic exclusion in effect provided an opportunity to innovator companies to extend the term beyond 20 years until generic versions are launched in the market. Understandably, clinical trials with patients takes several years, pursuant to which the data generated is submitted to the Central Drug Standard Control Organisation for the evaluation of safety and efficacy. Most generic drug manufacturers enjoy the safeguard of the Bolar exemption to formulate generic drugs prior to patent expiration. The Bolar exemption provides generic drug manufacturers ample time to conduct their research so that they can introduce their products into the market soon after the expiry of the innovator’s patents. In addition, the provision has been credited for ensuring continuous supply of life saving drugs in the market.

Until recently, there was no specific provision relating to patent linkage in India. This was the primary question decided by the Delhi High Court in a case involving Bayer and Cipla as the opposing parties. Bayer filed a writ petition before the Delhi High Court to pin down the grant of a drug licence to Cipla to manufacture, sell and distribute its version of a kidney cancer drug Sorafenib tosylate. Bayer contended that the drug was a replica of its patented drug and Cipla’s attempt to manufacture Sorafenib would make the drug spurious drug (as defined by Section 17B of the Drugs and Cosmetics Act). Bayer demanded that the relevant provisions of the Drugs and Cosmetics Act be read along with the relevant provisions of the Patents Act. Bayer submitted that the grant of a drug licence to Cipla would be in contravention to the provisions of Section 48 of the Patents Act. Cipla relied on Section 107A(a) of the act and argued that the Bolar exemption allows experimentation with any patented drug to generate data to be submitted to Drug Control Authority. Cipla also contended that the Patents Act cannot be read in conjunction with the Drugs and Cosmetics Act, as it does not contain any provision which obliges the drug controller to deny the grant of a licence to an applicant if the same has been patented. The court ultimately held that Drugs and Cosmetics Act and the Patents Act stand on a different footing and the drug controller is not obliged to take patents into consideration while granting licences. The court dismissed the writ petition, which was later appealed to the division bench. The division bench also concurred and concluded that the Drugs and Cosmetics Act and the Patents Act are distinct and separate and any attempt to establish linkage cannot be countenanced.

India saw another tryst with the Bolar exemption recently, which culminated in a landmark judgment rendered by the Delhi High Court in Bayer Corporation v Union of India (2019), wherein an apparently liberal and flexible interpretation of the Bolar exemption was provided. Interestingly, Sorafenib was once again one of the drugs in question. This judgment was based on two appeals filed by Bayer against the decision of the single judge in the writ petitions filed by Bayer against Natco and Alembic Chemicals to injunct the respondents from making, selling, distributing, advertising, exporting and offering for sale any product that infringed Bayer’s patents with regard to the drugs Sorafenib and Rivaroxaban respectively.

Natco had earlier secured a compulsory licence from Bayer with respect to Sorafenib through the Indian Patent Office. Natco applied to Bayer for permission to export 1 kilogram (kg) of the active pharmaceutical ingredient Sorafenib to China to conduct a clinic trial and research the development of the drug for regulatory purposes. Bayer rejected the application and filed a writ petition, arguing that the grant of such permission to Natco would be contrary to the provisions of Section 107A, as the transaction is a commercial activity and hence infringes Bayer’s rights. The court rejected Bayer’s plea and held that Section 107(A) covers any sale of a patented invention which is required for the development and submission of information under any law in a country other than India that regulates the manufacture or sale of any product. It was held that the sale of 1kg of Sorafenat to the Chinese company can be reasonably stated to be related to studies that are required to be conducted by the said company for obtaining the regulatory approvals, and hence fall within the exception under Section 107A.

The division bench of the Delhi High Court passed a common order on the legal interpretation of Section 107(A) of the Patent Law in the two cases.

It was argued by Bayer that the said provision is an exception and is subject to Section 48 of the Patent Law, which confers rights on the patentee. However, the court did not agree with this reasoning and observed that the Bolar exemption in the Indian statute is an independent provision with a specific history behind it. Bayer crucially argued that the word ‘selling’ used in the said provision does not include exports, since the Patents Act is territorial in nature and extends to the whole of India. It was submitted that the act regulates only those activities which take place within India. Natco contended that Section 107A read with Section 48 does not prohibit export if the person concerned satisfies the conditions in Section 107A(a). Natco emphasised that the export of the active pharmaceutical ingredient for the purposes reasonably related to the submission of information is legitimate. The court was of the opinion that once it is held that patented inventions can be sold for the purpose of conducting research which fulfils the regulatory requirements of India, there cannot be any bar or any interpretation narrowing the scope of such sale. The court accepted that it is plausible that many nations may require experimentation or research to be conducted nationally to be able to supervise the process and oversee the outcome. It is therefore not possible to dictate the behaviour and legal requirements of other nations by confining a research exception within the territory of India. However, the court was mindful that the Bolar exemption could be misused and therefore suggested that safeguards to check unregulated export activity should be adopted.

The judgment ultimately held that under Section 107A, sale, use and construction of patented products for purposes both within India and abroad by third parties is authorised and legal, provided that the seller ensures that the end use and purpose of the sale or export is reasonably related to the research and development of information in compliance with India’s laws or that of the importing country. Further, it also held that any dispute of such sale should be relegated to civil remedies and no writ petitions under Article 226 should be entertained. The court referred to an indicative list of factors, including:

The judgment appears to have lent a tone of finality to the interpretation of the provision as regards the export of a patented invention for research and regulatory purposes. The ‘reasonable relation’ test spawned by the court for regulating exports under the provision is welcome and will certainly be taken further by the courts in future disputes. It would not be presumptive to say that jurisprudence in this sphere of Indian patent law is likely to see further advances and refinement in upcoming years. 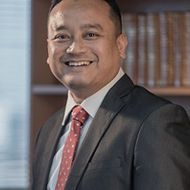 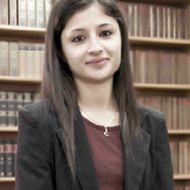