Patent infringement actions: the grey area of statutes of limitations 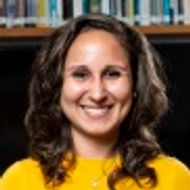 Establishing a statute of limitations for judicial claims is a fundamental part of any law that foresees indemnification for damages. It creates a time and monetary limit for a potential plaintiff to bring its complaints to the judiciary, regardless of whether it is seeking compensation, and prevents a perpetual and unequal power arising from filing a lawsuit against a third party.

Article 225 of the Brazilian Industrial Property Law (9, 279/96) determines that: “Lawsuits that request compensation for industrial property damages shall prescribe in 5 (five) years.” This term is applied to legal actions that concern all forms of property violation under the law, including patents, industrial designs and trademarks.

Brazilian judicial courts have handed down numerous decisions over the years on the moment at which it is possible to request damages from industrial property violations. Article 225 states that the statute of limitations for an industrial property infringement action is five years, but there is uncertainty among judges as to when this period commences.

In trademark infringement actions, courts have already established that the quantification of damages is limited to the five years prior to filing a lawsuit or sending a warning letter. Judges justify this through the claim that the issue is an “ongoing illicit”, which causes the milestone for the statute of limitations to be renewed each day that the trademark right is violated.

With regard to patent infringement actions, the courts have not yet presented a majority understanding on the interpretation of Article 225. Not only are legal opinions among the judiciary divergent, they are scarce – this is mostly due to the uncertainty created by gaps in the relevant legal texts and the lack of public decisions on this matter.

The focus of the judicial debate is on the exact moment that the patent holder became unequivocally aware of the violation. Since a company or physical individual is not able to enforce its rights against an unknown infringement and industrial property legislation has not provided a sufficient definition of ‘awareness’, judges must decide when the right to recover damages arises before a patent violation.

Courts usually deliberate on three possible milestones from which the statute of limitations set out in the Industrial Property Law can commence:

Even though previous judicial decisions demonstrate no over-arching trend, the second and third possibilities should be seen as preferable as they guarantee a higher level of judicial security and stability.

Defining a milestone solely on the publicity of the sale does not constitute unequivocal knowledge of infringement, especially with regard to patents. Unlike trademark violations, wherein the illicit aspect is clear due to its visual nature, patent infringements require a lengthier process of technical analysis. Therefore, establishing the starting point of the statute of limitations as the sale of a product should be avoided, as it assumes that a patent owner will monitor all sales of potential infringing goods.

On the other hand, warning letters and lawsuits demonstrate not only the unequivocal knowledge of the patent holder but also its intention to pursue indemnification for the losses and potential damages caused to its invention. Prior to these two points in time, a company or individual’s interest in enforcing its rights against third parties cannot be measured clearly. However, this should not be seen as lack of interest in enforcing its rights, but instead as a lack of awareness of the infringement or the scale of such damage.

Further, a Brazilian court once stated that the milestone could change from a warning letter to a lawsuit if the infringer continues to carry out the illicit actions after a warning letter has been sent (Sao Paulo State Court, Civil Lawsuit 0012048-34 2004 8 26 0007, SecondChamber of Corporate Law, Judge Ricardo Negrão, (17 November 2014)). In the case at hand, the five-year period was counted from the filing of the posterior lawsuit. This particular decision demonstrates a more flexible understanding of the matter, since it considers the date of the last measure taken by the patent holder, instead of its unequivocal knowledge. In any event, this ruling reinforces the notion that a either a warning letter or a lawsuit can act as a milestone.

Thus, despite the lack of judicial decisions on this matter, the five years prior to sending a warning letter or filing a lawsuit should be considered to be the correct period for counting damages and/or losses to the patent holder. Moreover, in order to maintain a reasonable line of argument given that there are occasional delays in the negotiation process of cease-and-desist letters, the initial date should be counted from the filing of a legal action.

Besides the understanding of the statute of limitation under the Industrial Property Law as a restriction on the value of an indemnifications claim, it should be noted that legislation on industrial property does not foresee a limit for filing a lawsuit, unlike the Criminal Code. Despite the unique motivation for establishing a time limit for a criminal action, it could be debated as to whether a company should have the right (and the power) to initiate civil proceedings at any time, while having full knowledge of the violations for years. In this scenario, there would be solid arguments for both sides. However, the discretion and private liberty of civil lawsuits would most likely prevail.

So far the judiciary has not been able to form a solid understanding on the milestone for the statute of limitations under the Industrial Property Law with regard to patent infringement actions. There are three current positions among judges, which are based on the precise moment that a company becomes unequivocally aware of the violation of its patent. Based on foreign case law, it is possible that Brazilian courts will follow the same process as trademark infringement lawsuits and choose the moment that a warning letter is sent or a lawsuit is filed as the initial date for quantifying damages. The argument for an “ongoing illicit” seems adequate both for trademark and patent violations.