In biopharmaceuticals, an antibody patent is one of the most valuable patents in the field. A claimed monoclonal antibody (see Table 1) can be defined as:

Table 2. Claiming a monoclonal antibody when an antigen to be directed by the antibody is known or obvious

The biotech section of the Patent Examination Guidelines regarding patentability of a monoclonal antibody was amended in 2020 (see Table 3). The amendment entered into effect on 15 January 2021.

Before the amendment to Part II of the Patent Examination Guidelines, Section 9.4.2(5), Chapter 10, even with totally new complementarity-determining regions (CDRs) directed to a known antigen, a monoclonal antibody could hardly be considered inventive unless that new antibody had unexpected technical effects when compared to a Chinese prior art antibody directed at the same antigen. In fact, similar obstacles for claiming new monoclonal antibodies are also present in the patent practices of many other countries (eg, the United States, Japan and a number of countries in Europe).

For the patentability of a novel monoclonal antibody, the previous regime in China, or the current regime in many other countries, is reasonable to a certain degree, because a skilled artisan can, through a conventional method, readily produce a new antibody with new CDR sequences based on a known antigen (see Figure 1).

Figure 1. A conventional method for producing a monoclonal antibody 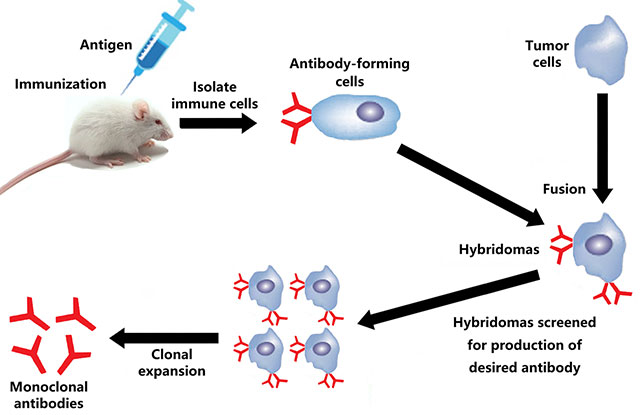 However, problems have come up as a result of this regime.

The second problem is that it is still difficult to select, from multiple antibodies produced through a conventional method, an antibody that has a property comparable with that of a prior art antibody. There are dissenting voices regarding the fairness of rejecting an antibody with a totally new and unobvious CDR sequence. It lacks inventive step because it is directed at a known antigen and fails to attain a significantly higher antibody effect. One of the reasons for this is that an antibody with unobvious CDR sequences and comparable effects could be inventive because it meets the provision in the Patent Examination Guidelines that: “an invention shall be regarded as producing advantageous technical effects and therefore representing notable progress in any of the following circumstances… where the technical solution provided by the invention is of a different inventive concept and can produce a technical effect of substantially the same level as in the prior art.”

Fortunately, after the amendment to the guidelines, a new monoclonal antibody directed at a known antigen will be acknowledged as sufficiently inventive as long as it has new and unobvious CDR sequences while producing beneficial technical effects without any necessarily unexpected effects (eg, a significantly higher specificity or affinity to the known antigen than a prior art antibody directed at the same antigen). In other words, a threshold for patentability of a novel monoclonal antibody is considerably lowered in China.

With regard to this change, the China National Intellectual Property Administration would like to resolve the problems of the previous regulations, in particular to adapt the regulations to focus on unobvious structures of claimed novel antibodies, which seems more reasonable. However, there may be another deeper reason contributing to this rule change that aims to encourage investment and innovation in the antibody industry. Although there seems to be no official explanation for any motivation regarding this amendment, the statistics in Figures 2 to 5 may offer a possible illustration.

Creating inventive works in the field of monoclonal antibodies is becoming increasingly difficult across the world. The financial rewards from owning patent rights cannot sustain continuous research and development of new antibody medicaments. However, changes to the Patent Examination Guidelines could be considered a first exploratory step in encouraging research and development in the field of new antibody medicaments in China. The public will benefit as a result of an increase in the choice of patent antibody medicaments with the same or similar therapeutic effects.

A new era of patent antibody medicaments is coming. 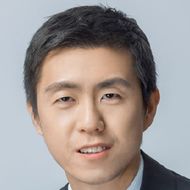