Patent enforcement at the borders

By Okan Can, E Kerim Yardımcı and N Serra Coral

Geographically positioned between Europe and Asia, Turkey is a strategically placed country, with a population of 82 million and a larger youth population than any EU member state. Taking its place on the list of G20 countries, Turkey aims to position itself in the global value chain and strengthen its export platform by focusing on high-tech patents, including electronic machinery and equipment, automotive spare parts, railway and maritime transport, and energy generation and efficiency projects. In addition, as a natural transport hub, Turkey is a transitional trade platform between Europe and Asia, which significantly increases the relevance of appropriate IP rights protection.

While Turkey is an attractive market in many respects, unfortunately it does have a counterfeiting problem. According to the Organisation for Economic Cooperation and Development and the EUIPO study Mapping the Real Routes of Trade in Fake Goods, Turkey appears to be a significant source of counterfeit goods. Another report on EU customs enforcement of IP rights mentions Turkey among the top three countries of provenance by value of detained counterfeit goods.

This chapter looks at ways to enforce patents at the Turkish borders in line with the Industrial Property Code (which entered into force on 10 January 2017) and the Custom Act 4458 (which dates back to 1999).

The IP Code enables the patentee to use legal means harmonised with EU legislation and international agreements (eg, the Paris Convention and the Trade-Related Aspects of Intellectual Property Rights). It offers viable tools for patentees to implement an effective and successful patent enforcement capabilities.

Both the IP Code and the Customs Act provide the right to ask for border measures as an effective tool against passing goods infringing patents and other IP rights. Customs is empowered, ex officio or on receipt of a complaint, to suspend the formalities for the release of the goods which are found to be or suspected to be infringing during the routine customs clearance.

A customs detention programme can be implemented on the registration of IP rights by the rights holder. Rights holders must file a centralised customs electronic registration application, which has effect for one year. The registration system requires the patent owner to provide the following information:

The recordal of patents is a smooth online process; however, the recording of the patent itself is not sufficient for effective enforcement. The recordal should be supported with documents which will assist Customs to understand:

The patentee’s intelligence concerning the origin of the product, the possible routes for the flow of the product and potential importers in the local market enables the patentee to share enough of the right information to Customs.

How the procedure works?

According to Turkish law, regarding the suspension of the release of an infringing product, Customs grants three days for inspection to determine infringement. During the procedure Customs conducts no test or infringement analysis. Customs is empowered to grant a period of 10 working days to the rights holder to obtain a preliminary injunctive order so as to avoid the product’s release. This period can be extended a further 10 working days under specific circumstances. The technical tests, preparation and filing of a patent infringement action, as well as obtaining a preliminary injunctive order should be obtained within 10 days (or a maximum 20 days if an extension has been granted), which is a relatively short time for instituting a patent litigation. Therefore, the rapid preparation for analysing the infringement is as important as asking for the preliminary injunctive order before the competent court.

All conflicts related to patents for invalidity or infringement claims are heard before the specialised IP courts. Turkey has established specialised criminal and civil courts for intellectual and industrial property rights in Istanbul, Ankara and Izmir for hearing cases involving all IP matters. The judges are experienced in IP matters but have no technical background in technical patent matters. Therefore, the judges require technical assistance from court-appointed experts specialised in the field.

The Civil Procedural Law entitles the patentee to ask for a preliminary injunctive order at any time during the proceedings in case of an imminent threat of serious or irreparable damage. As a quick and effective tool for stopping the infringement, the law rules that injunctive orders must by their nature secure the effectiveness of the verdict so as to render the verdict fully enforceable at the end of the proceedings. However, the IP courts are conservative in ordering injunctive orders in patent disputes and are inclined to evaluate the injunctive orders after an experts’ evaluation. In a customs seizure, the courts are more inclined to order the injunctive order at the outset of the proceedings, without notification to the adverse party, as long as the infringement is prima facie evidenced by the technical analysis conducted by the patentee. The courts can ask for relatively high bonds to secure the defendant’s rights; however, the intention of the courts to prevent the products from circulating trade channels helps to secure the effective implementation of the programme.

Is it possible to enforce the patent against the imported and exported products?

The IP Code clearly indicates that suspicious goods subject to trademark protection will be suspended during their export or import. However, the IP Code remains silent regarding the suspension of suspicious goods subject to design and patent rights, whereas the Customs Act enables customs offices to seize goods considered to infringe registered IP rights during their import or export. The Customs Act does not exclude the export of goods subject to a patented invention. As the IP Code is relatively new, there is no current case law on whether the infringing products which are subject to export can also be suspended as per the enforcement at the borders.

Suspension of suspicious patented goods is an important tool used to overcome the disadvantages and delays of the court in rendering preliminary injunctions. The Customs Act provides the possibility to claim the simplified destruction procedure at Customs at the very early stages of proceedings, which if applied can help avoid lengthy patent litigation.

In comparison with brand enforcement, Customs has limited ability in patent enforcement; however, the number of patent recordals is beginning to increase. One of the best practices in this regard has been a patent enforcement project at Customs which has run as a worldwide patent protection programme since 2013 in respect of patented textile dye molecules. Turkey quickly became one of the most successful jurisdictions at implementing such a programme. As a part of its enforcement programme with Customs, the patentee:

As a result, the firm secured the seizure of more than 100 tons of infringing products in Turkey. Based on this programme, 50 customs suspension notifications have been notified from four customs administrations. The firm has filed 14 court actions for the infringement of its patents and a total of seven nullity actions against its asserted patents have been received as counterattacks, with five of these cases having already been finalised (all in favour of the patentee). The results not only indicate the strength of the firm’s patents, but also the capability of Customs in patent enforcement at the borders.

It is recommended that patentees should determine and understand the legal tools required before adopting a patent enforcement strategy. This will enable patentees to use the most appropriate means for resolving conflict, possibly before bringing the matter to the court in order to avoid lengthy and costly patent litigation proceedings. Determining the sector, marketing and distribution conditions of the infringing product, the export and import capacity of the infringer, as well as commercial extensions in other jurisdictions are key areas for building flexible customs strategies against infringement in accordance with the needs and availability of legal procedure.

In theory, the ‘suspension of release’ procedure for patent rights is an important tool to overcome the disadvantages and delays of the court in rendering the preliminary injunctions if it is implemented correctly. In practice, however, the experience of customs staff to understand and be convinced of infringed goods subject to patent rights is a subtle issue and requires ongoing education, training and awareness.

Okan Can represents market-leading companies in the protection and enforcement of IP rights. His expertise is in trademark and patent litigation, technology licensing, life sciences, personal data privacy and image rights. He has counselled a leading market player in an extensive project for licensing standard essential patents, represented a multinational chemical firm in complex multi-jurisdictional IP conflict and achieved one of the highest compensation awards for an IP conflict in Turkey. In 2016 he was selected as one of the world’s leading trademark professionals by the WTR 1000 and has been recognised by IAM and IP Star. He is admitted to the Istanbul Bar and is a member of INTA and the International Association for the Protection of Intellectual Property.

E Kerim Yardımcı is an experienced and respected IP attorney, both locally and internationally. Fluent in English and French, he complements his international expertise with an extensive network.

Since graduating from the University of Geneva, he has honed his knowledge of the establishment, licensing, acquisition and use of IP assets in Turkey and globally. Recent accomplishments include the successful defence of a leading global chemicals producer’s patent registration and recognition by IP Star and WTR 1000. 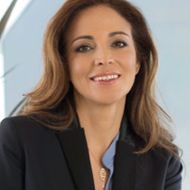 N Serra Coral is a founding and managing partner of Deriş. She leads an international patent, trademark and design filing team, focusing on foreign litigation and enforcement matters. After qualifying, Ms Coral was involved with the introduction of new decreelaws, filing trademark oppositions and the establishment and representation of Patent Cooperation Treaty applications.

Ms Coral is an international and local expert in the establishment of industrial and IP rights for companies. She has significant experience in the granting and tracking of licences. Ms Coral advises renowned brands in the food and beverage and consumer and luxury goods sectors. In addition to providing counsel on protection, enforcement and anticounterfeiting strategies, Ms Coral has been recognised as a leading IP expert by WTR 1000 and IAM 1000.