Digital entertainment company Rovi and Intellectual Ventures (IV) announced yesterday that they are combining their respective patent portfolios relevant to over-the-top content (OTT) technology and will offer them for licensing as a single package.

OTT content technology relates to the distribution of video, audio and other media over the internet to end users. According to a press release, the combined portfolio “addresses all aspects of the OTT value chain, including content management and delivery, streaming technologies and consumer-facing features and functionality”. It also states that under the terms of the agreement, Rovi will “serve as the exclusive partner for IV, licensing the companies’ combined patent portfolio exclusively to OTT customers” – suggesting that it will be taking the lead on monetising the assets.

This partnership is certainly an eyecatcher. Santa Clara-based Rovi continues to offer a range of products – with a focus on entertainment ‘metadata’ used to populate digital TV listings and movie websites – to business customers including cable TV providers, consumer electronics manufacturers and social networks. However, in recent years, it has become more closely associated with its efforts to license and assert its patents. The company has successfully signed, renewed and in some cases expanded licence deals with the likes of AT&T, Charter Communications, Sky and Time Warner Cable. But it has also suffered significant setbacks; an appeal against a UK court decision in favour of accused infringer Virgin Media concluded in late 2015 with the invalidation of Rovi’s patent-in-suit upheld, while another battle with Netflix in the US district of Northern California ended last July with a similar fate for five of its patents.

Although investors appear to have reacted badly to news of the link-up, the potential benefits look pretty clear for Rovi. The addition of complementary assets from IV’s wide-ranging patent portfolio could enhance its offering to prospective licensees and give it an even stronger hand in negotiations.

The language used in the press release implies that IV will take little to no part in the actual legwork of monetising the assets in question. In that sense, the firm is making a saving in terms of its own costs, while presumably taking a share of any revenue that Rovi secures from licensing the combined portfolio. It is an interesting inverse of the typical ‘privateering’ relationship; here we have Rovi, an operating company despite its large-scale licensing business, monetising patents on behalf of IV, a firm considered by most to be a form of NPE. Perhaps what Rovi brings to the table is a specific expertise in this area, as well as the kinds of contact needed to get deals done. For IV, which has shed a significant percentage of it workforce, that may be very attractive.

IV’s public image has been undergoing something of a re-engineering lately. After gaining a reputation as being 'the king of the trolls' in years gone by, most of the headlines we read about the firm nowadays seem to relate to its R&D collaboration, venture funding and incubation activities, rather than its attempts to buy and license patents. The hands-off nature of its partnership deal with Rovi probably serves to bolster that message and strategy. If third parties can do the deal-making nitty-gritty and bear the risk in the currently challenging licensing climate, that leaves IV more time and opportunity to focus on its new areas. A win-win, in other words. 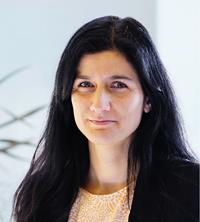