It is with great sadness that we have learned of the death of Gerald Holtzman, the president of Personalized Media Communications and a major player in the IP transactions market since long before IAM began publishing in 2003.

Gerald was a great believer in the importance of IP, its ability to drive the US economy, improve lives and increase prosperity. Above all else, though, he was a fine human being - always ready with a friendly, encouraging smile; scrupulously polite and courteous: a gentleman of the old school. He will be very sorely missed. All of us at IAM would like to extend our deepest sympathies to his friends and to his family.

Below is a statement put out by PMC announcing his passing.

Mr. Holtzman coordinated PMC’s licensing program and was directly responsible for generating major licenses with companies such as Cisco, Motorola Mobility, Sony Corporation, Rovi (now TiVo) and DirecTV.  Mr. Holtzman was twice named by IAM magazine as a top-40 market maker in its “ranking of the main movers and shakers in the global patent transactions and investment market.”

Since 1973, and prior to joining PMC, Mr. Holtzman practiced as a civil litigator, beginning his legal career with Fulbright & Jaworski in Houston, Texas. He then co-founded Houston’s Holtzman & Urquhart where he remained in private practice until 2001. He had since been devoted full-time to PMC.

“Gerald was a giant in the patent licensing space and a close friend,” said John Harvey, PMC Chairman and Founder. “He will be remembered not only for his success in securing agreements, but for his compassionate support of inventors and advocacy of intellectual property rights.” 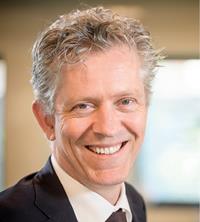