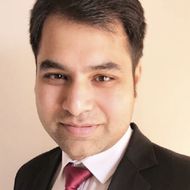 Relying on the Supreme Court’s judgment in Anand Prasad Agarwalla v Tarkeshwar Prasad (2001 5 SCC 568), the Delhi High Court recently noted that, when deciding whether to grant an injunction application, a court is not required to conduct a mini trial. The court recognised that the purpose of an interim injunction is to ensure the protection of parties’ rights on the basis of three factors: prima facie case, balance of convenience and irreparable injury. These factors have been deliberated in a trademark infringement and passing-off case filed by Advance Magazine Publishers Inc for the mark VOGUE against Bombay Rayon Fashions Limited. The dispute was between the plaintiff’s trademark VOGUE, which had been in use for more than 100 years with respect to fashion magazines, and the defendant’s trademark LINEN VOGUE/LINEN VOGUE LA CLASSE, which had been used for fabric.

The court discussed two important aspects in deciding whether to grant an interim injunction:

In its discussion of prima facie case, the court noted that the expression ‘prima facie case’ has different meanings depending on the contexts and facts of a case. If both parties have comparable and arguable cases, grant of an interim relief by the courts for approving the suit ordinarily, depending on the case facts, ought to be denied because the effect of approving the suit by grant of an interim relief would result in a defendant with an arguable case being dismissed without the case being tried and decided at the stage of final arguments. If an injunction is not granted, the plaintiff’s suit does not become infructuous, and if the plaintiff succeeds in the suit, it can always be compensated by monetary relief of damages.

The court held that the automatic grant of an interim injunction will follow for registered trademarks where respective trademarks are identical or nearly identical, and also where the respective parties’ goods are identical or nearly identical and the parties have common trade channels and consumers. The plaintiffs first relied on Section 29(2) to argue that the use of the defendant’s mark with respect to fabric was bound to cause confusion in the minds of consumers, causing them to associate the defendant’s goods with those of the plaintiff. Regarding the term ‘association’, the court held that association exists only if it is proved that a reasonable consumer would purchase the defendant’s goods with the understanding that he or she is actually purchasing goods of the plaintiff or goods which are endorsed by the plaintiff. In the present case, the court held that ‘reminding’ would not become ‘association’. The argument that every consumer purchases hundreds of different goods, and thus some will purchase both the magazines and the fabric, is not strong enough to establish the existence of common trade channels and consumers. Therefore, the court refused to affirm the commonality of trade channels and consumers, holding that the two products – the plaintiff’s magazine and the defendant’s fabric – had no connection with each other.

Referring to the arguments of dilution of the trademark and disentitlement of the defendant to use its trademark in cases where the goods and services of the respective parties are different, the court pronounced that, since both parties had arguable cases, the plaintiff could not employ Section 29(4) to grant an interim injunction without evidence being led by both parties. The court observed that evidence could be led by the defendant to show that no confusion was caused or that there was no detriment to the distinctive character and repute of the trademark VOGUE of the plaintiff because the defendant was using the trademark LINEN VOGUE/LINEN VOGUE LA CLASSE. Since the court did not grant injunction under Sections 24(2) and (4) of the act, the passing-off claim was also rejected at the interim stage.

The Delhi High Court has also been directed to determine ways and means for the effective disposal of IP rights matters. On October 24 2017 the Supreme Court granted an eight-week window to finalise amendments to the Delhi High Court Original Side Rules and practice directions. The suo motu writ petition is now listed for hearing on December 14 2017 before the Supreme Court; it will be interesting to follow these developments, which may cause significant shift in IP rights enforcement in India.