New legislative bill could be the answer to patent backlog 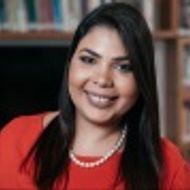 The main grounds for this bill is the need to reduce the backlog of pending applications. The average time to obtain a patent in Brazil is 10 years, which is three times more than in the United States and the European Union.

This delay is having a negative effect on the country’s economic competitiveness in the technological innovations sector, as there is a risk that international investments could be withdrawn and Brazilian researchers encouraged to surrender their patents to other countries. This issue has therefore become a concern for Congress.

The original bill – proposed and approved by the Federal Senate – prescribed a 180-day limit to analyse and grant a decision on a trademark or patent application, as well as a 90-day delay to request additional information and/or present the required documents. However, the Chamber of Deputies – to which the bill was submitted for approval – considered that it was insufficient to simply change the examination period and that the state should improve conditions so that INPI can be more efficient and independent during the examination process in order to completely solve the backlog issue.

According to a report written by the the Commission for Economic Development, Industry and Trade (CDEICS) – itself based on the Chamber of Deputies’ report – the proposed text would not work from an operational point of view – even offices with a large budget and a more balanced ratio of examiners would struggle to keep to these proposed deadlines. Further, the proposal was deemed unfeasible as the Industrial Property Law has an 18-month confidentiality period, which would make the 180-day limit to assess patent applications impracticable.

As a result, CDEICS has presented a text to amend Law 5648/70 (ie, the law that created INPI) in an attempt to link the related revenues obtained by INPI with its execution of services with regard to its essential purpose. This would allow it to use the revenue generated by the provision of its services to execute legal powers – in particular, to examine patent and trademark applications.

Under this proposal, the government would be prevented from limiting INPI's budget, which would therefore be a way to give INPI the administrative and financial independence to have a more rigid system and, consequently, comply with the proposed deadlines.

INPI would also be obliged to publish an annual plan for its application of resources and investments. It would lay out its main actions to improve its services and propose targets for the gradual reduction of deadlines for patent and trademark application examinations.

With this autonomy, INPI would be able to provide a more efficient service and hire more professionals to reduce the current backlog and the duration of patent application analysis. As a consequence, this would make Brazil more efficient and competitive with regard to technological innovation, particularly in the patent field.

The legislative bill is being considered a priority in the Chamber of Deputies, wherein it is awaiting the appointment of a new rapporteur for approval by the Commission on Constitution and Justice and Citizenship and then a vote on the two texts in the plenary session.