By Jens Künzel and Jochen Bühling

The use of customs border controls in the European Union as an instrument against IP rights infringements continues to appeal to rights holders. The reasons for this are manifold. No other instrument grants rights holders such simple and seemingly unbureaucratic means to investigate infringements and remedy their effects without the need to initiate costly court proceedings. The figures published by the EU customs authorities for detentions are impressive – in 2012 alone they detained almost 40 million pirated products, with a total value of approximately €1 billion. The increasing importance of border controls is further illustrated by figures provided by the German authorities: whereas in 1994 only 263 cases of product piracy were registered, in 2012 there were 24,000 cases. The total value of the 3 million goods inspected in Germany amounted to nearly €127.5 million.

On January 1 2014 a new EU law covering European customs authorities’ activities in the field of product piracy and IP rights infringement came into force: the EU Regulation on Customs Enforcement of IP Rights (608/2013). The regulation extends the scope of application of EU border controls and simplifies the destruction of goods that are “suspected of infringing intellectual property rights”.

The new regulation covers the detention of product copies by customs authorities when the goods are imported into or exported from the European Union. A rights holder can file an application for border controls in the European Union with a national customs authority in an EU member state. It is at the applicant’s discretion to choose the member states in which its application has effect. The effect of a granted application is that the release of goods suspected of infringing IP rights is suspended until infringement has been confirmed; alternatively, under the regulation, the authorities may destroy infringing goods.

The new regulation contains an array of innovations – and, in many cases, improvements.

Even on the basis of the former EU Regulation on Border Controls 2003, an application for border control could be made based on patents (national and European), registered trademarks (national, international and Community), registered designs (national, international and Community), copyrights, supplemental protection certificates and plant variety rights. The 2013 regulation, which replaces the 2003 regulation, now also covers utility models, trade names, topographies of semiconductors and geographical indications outside the agrarian sector. However, some IP rights are still not covered, including unregistered trademarks (although unregistered Community designs are covered). The reason for this seeming contradiction may be that the legal existence and validity of an unregistered Community design can be proven with much less effort than would be needed in case of an unregistered trademark, for which the applicant would have to show certain degrees of publicity of the trademark.

Simplified procedure for destruction of goods

Under the former regulation, one of the main obstacles to a quick and simple procedure for the destruction of goods suspected of infringing IP rights was that the owner of the goods could avoid destruction simply by doing nothing. The suspension of goods by Customs led to a finely balanced procedure through which the rights holder had to contact the owner or declarant of the goods in order to obtain confirmation that the goods could be destroyed. If such consent could not be obtained, the applicant had to start legal proceedings in order to prove infringement of its rights. Under the previous regime, the authorities could use the simplified procedure, which enabled the authorities to destroy goods if the owner did not respond within the specified deadline. However, the simplified procedure had to be ratified by member states in order for a member state’s authorities to use it. Only 15 states had introduced the simplified procedure.

One of the main innovations of the new regulation is that the former simplified procedure is now binding in all member states. The authorities can now destroy the goods in question if:

Thus, in all member states the initiation of court proceedings is necessary only if the declarant or holder of the goods in question expressly objects to the destruction of the goods. However, the rights holder must petition the courts in order to prove infringement. Since all laws dealing with IP rights grant the owner the right to claim destruction of the goods, the application must request an express judgment authorising the applicant to destroy the goods. The simplified procedure makes it much easier for rights holders to dispose of many different cases without the need to initiate court proceedings.

The European business sector demanded that improvements be made with respect to goods transported in small consignments. In practice, these goods accounted for much unnecessary and economically useless effort on the part of rights holders, as every suspension of release of a small consignment set the usual procedure in motion – with deadlines to be observed, correspondence to be filed and even court proceedings to be initiated – even though most of these cases did not justify separate court proceedings. For this class of goods, a special procedure has now been introduced in order to address industry concerns. Under this procedure, mail and courier parcels may, in certain circumstances, be destroyed without the rights holder’s participation, but directly under customs surveillance. ‘Small consignments’ are postal or express courier consignments which contain up to three units or have a gross weight of less than two kilograms. The effort needed to achieve the destruction of economically irrelevant consignments has now been considerably reduced for both applicants and the authorities.

Two important exceptions to the regulation’s scope of application are parallel imports and ‘overruns’ (ie, goods manufactured in excess of licensed quantities). The regulation does not apply to goods that “have been manufactured with the consent of the right-holder, or to goods manufactured, by a person duly authorised by a right-holder to manufacture a certain quantity of goods, in excess of the quantities agreed between that person and the right-holder”. The most well-known cases are textiles manufactured in countries with a longstanding tradition in the textile business (eg, Thailand and Turkey), with both high-quality and low-cost manufacturing sites that are used by many well-known companies around the world. Parallel imports are goods that have been manufactured with the consent of the rights holder, but are not destined for the European market. In contrast to EU trademark law, which uniformly grants claims against parallel imports, the Customs Regulation provides no remedies for such cases.

Costs and liability for damage

The application and grant of customs surveillance through the authorities is free for rights holders.

In some cases an application for border controls or detention based on such application may be regarded as unjustified since the goods in question do not infringe the IP right invoked by the applicant. In such cases the new regulation, like its predecessor, refers to national law. In Germany, for instance, some courts have decided that the holder of goods allegedly infringing IP rights may not claim damages for unlawfully causing the authorities to suspend the release of goods – for example, the Dusseldorf District Court in a 2008 patent case. The court’s argument was that invoking customs protection as such is a legal proceeding and thus gives rise to damages claims since these claims require illegal interference with the rights of the holder of the goods. However, there may be exceptions in cases where the basis of the application is unsound since the invoked IP right is of a ‘frivolous’ nature (eg, unregistered designs which are obviously not new). In such cases the authorities – if confronted with facts that make the IP right in question seem highly doubtful– can deny the suspicion necessary to suspend release and may even subsequently abolish the suspension. If a rights holder, while aware that such facts make its application unlawful because it is based on rights to be considered null and void, still insists that the authorities continue the proceedings, it should be liable for damages, since the character of the legal proceedings has been changed and has become illegal.

Applications granted before January 1 2014 remain in effect until the end of the period for which they have been granted. However, they may not be renewed; they must be filed anew, although the data saved by Customs may be used in order to facilitate the proceedings. 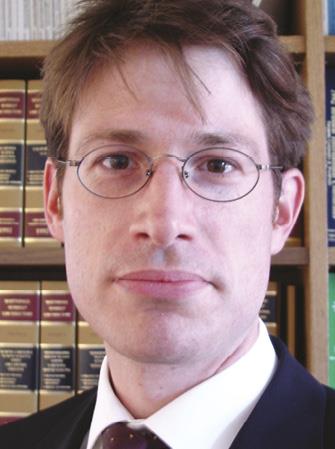 Jens Künzel has represented large and mid-cap national and international companies in all IP rights-related issues since 2000, in particular in patent, design and trademark litigation. He graduated from Trier University and was awarded an LLM in common law (distinction) from the University of East Anglia, United Kingdom. Mr Künzel’s experience extends to patents concerning technologies as diverse as mechanical engineering, telecommunications, medical devices, adhesives and tapes and diesel additives technologies. Since 2001 he has represented a prominent German manufacturer of luxury sanitary fittings in connection with design infringements and product piracy. He is also experienced in advising clients on infringement and other IP rights, licensing and unfair competition issues. 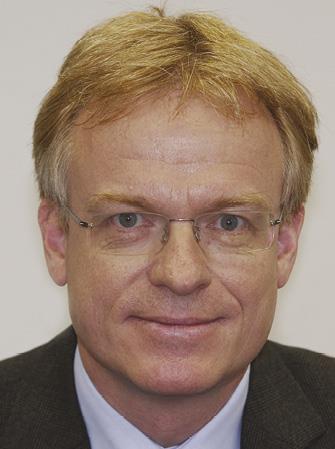 Jochen Bühling focuses on patent and trademark law. Mr Bühling’s practice involves national and cross-border litigation and counselling. His clients range from multinational companies to small and medium-sized enterprises, and he advises clients on all aspects of patent law, including licensing and technology transfer. Mr Bühling teaches IP law at the Westfälische Wilhelms University in Munster and is also president of the German Group of the International Association for the Protection of Intellectual Property.