By Gabriela Salerno and Mônica Gurvitz

In January 2018 the Brazilian Patent and Trademark Office (BRPTO) published completely new Guidelines for Examination of Patent Applications in the Chemistry Field. Among more than 30 pages of definitions and interpretations of chemistry-related subject matter, some points are particularly relevant for the pharmaceutical and life sciences industry. An entire chapter was drafted with the aim of clarifying certain aspects of substantive examination of stereoisomers and different polymorphic forms of a chemical compound. In addition, the BRPTO has unexpectedly changed its strict position regarding what should be accepted when claiming a composition for medical use. Finally, there is also a full chapter detailing key issues of the requirements to obtain protection for a new medical use of a known substance. These four topics, namely stereoisomers, polymorphs, compositions for medical use and new medical use, were selected as the most significant and will be discussed further in this chapter.

Stereoisomers are compounds that have identical molecular and flat structural formulas, but differ in the spatial position of their atoms. This may appear only a slight difference, but it is hugely significant in the pharmaceutical field. Any change in the spatial orientation of the compound leads, in almost every case, to some kind of alteration in the biological effect of the compound. Said alteration can be the decrease or suppression of the biological effect or the occurrence of a side effect. In this regard, the most notorious case is thalidomide: while the left enantiomer ((S)-(−)-thalidomide) is bioactive and particularly effective against nausea, the right enantiomer ((R)-(+)-thalidomide) is teratogenic.

In order to be considered clearly and sufficiently disclosed, the stereoisomer in pure form must be characterised by the absolute configuration of its chiral centre. Moreover, since every invention must be disclosed in such a way that a person skilled in the art is able to reproduce it, all parameters of the process of obtaining the stereoisomer, either by asymmetric synthesis or the purification process subsequent to the synthesis of the compound, should be described in the specification. The specification should also contain the reagents used, reaction conditions, isolation and purification methods of the stereoisomer obtained by said process.

Further, the mere use of the generic expression ‘stereoisomers thereof’ in claims referring to a compound is not considered enough to identify the stereoisomers in a clear and precise manner. According to the BRPTO, “the stereoisomers must be defined by the official nomenclature (IUPAC) or other system that unambiguously identifies them”.

With respect to the patentability requirements, as expected, a stereoisomer compound will be considered novel if the prior art does not disclose the claimed stereoisomer. However, the novelty will also be acknowledged in cases where one stereoisomer has already been described in the prior art and now the antipode (opposite) thereof is claimed.

When assessing the inventive step requirement of the stereoisomer, the BRPTO considers that it is expected that the pure stereoisomer of one compound provides the same effect as the non-pure compound. However, when a new use of an isolated stereoisomer compound is claimed, the examination will be carried out in light of the new use of a known compound.

The patent protection of different polymorphic forms of a chemical compound, especially of a drug, is a controversial topic among researchers and the industrial property community in Brazil. Before the publication of the guidelines, the allowance of claims covering polymorphs was at the examiner’s discretion. Therefore, in order to render the patent examination as clear as possible, the BRPTO devoted an entire section of the guidelines to polymorphs. It is the first time that an official guideline in Brazil has addressed this subject and now applicants are finally aware of how BRPTO examiners should proceed in the examination of polymorphs and what should be allowed.

Regarding the analysis of patentability requirements in patent applications claiming polymorphs, the BRPTO considers that “if the prior art already discloses the claimed crystalline form, even in a mixture with other forms, regardless of its concentration, the claimed crystalline form is not considered novel”. On the other hand, in cases where the compound is disclosed only in the prior art in a non-solid state, the novelty of the claimed polymorph is acknowledged.

Although the inventive step is a much more subjective requirement, little effort is directed to its analysis in the guidelines. The text sticks to the assertion that the mere description and characterisation of an alternative crystalline solid form of a known compound, without a remarkable and surprising technical effect or relevant contribution to the prior art, is not considered inventive. By doing so, the BRPTO maintains a subjective requirement amenable to different interpretations, enabling the examiner’s personal belief to prevail. It would be quite useful if the guidelines comprised some kind of test to determine how the inventive step of a polymorph should be assessed.

Compositions for medical use

Having a whole chapter dedicated to polymorphs is helpful. However, the most important change in the guidelines is the section directed to compositions and formulations. The BRPTO has unexpectedly changed its position regarding compositions and formulations used as a medicament. Over recent years, the only way to claim a medical use of a composition was by using the Swiss-type claim (eg, use of a composition A characterised in that it is for the manufacture of a medicament for treating disease B) and sometimes this was an obstacle for inventions in the life sciences arena.

The new guidelines establish that a composition can be further defined by features other than its constituents, such as physical form and route of administration. In this sense, any medical application of a composition is encompassed by this rule and can be claimed as an additional feature. Nevertheless, it should be stressed that the composition must be previously defined in qualitative and quantitative terms, otherwise the claims will be rejected due to lack of clarity and precision.

The downside is that one year after the publication of the guidelines some examiners are still misinterpreting them. The situation was worse in the first few months with the issuance of several objections regarding claim format that became acceptable after publication of the guidelines, while by the end of the year the number of undue objections had decreased. This might be the effect of the joint work of applicants and patent attorneys that did not accept undue rejections based on the BRPTO’s former position and requested reconsideration in view of the new guidelines.

This represents an important step forward in the BRPTO’s substantive examination, especially for the pharmaceutical industry, since it is now possible to claim the dosage form (eg, tablets, capsules and suspensions), the administration route (eg, oral, parenteral and topical) and the application (eg, for treating, preventing or diagnosing a disease) as additional features of a well-defined composition. On the other hand, any kind of reference to the dosage regimen is still not accepted, as this is a feature unrelated to the product per se and is considered to be part of a therapeutic method, which is not patentable under the Brazilian Industrial Property Law.

The guidelines address a topic of great importance for the pharmaceutical industry: the new medical use claim. This type of claim aims at protecting a second medical use of a substance which is already known in the prior art for another use. Much like any other claim, this type of claim must be clearly and sufficiently described in the specification. However, particularly in the case of new medical use, other conditions are analysed by the examiners.

Although examples are not mandatory in a patent application, the BRPTO considers that test results must be presented to sufficiently describe a new medical use. More than just any kind of test, the BRPTO adopts a strict position and requests the presence of in vivo results with models capable of being extrapolated to the animal to be treated, since in many cases in vitro studies are not confirmed in vivo.

This provision raises some questions:

For now, there are no precise answers for these questions, which might be something that could be discussed in the courts in future. Under the administrative stage, the test results are being requested by the examiners and Brazilian current practice foresees the possibility of submitting this data during the examination procedure, provided that it is exclusively intended to support the information already contained in the application as initially filed.

As to the patentability requirements, to be considered novel the new medical use must refer to the use of a pharmaceutical product, which is already known, to produce a medicament for the treatment or prevention of a disease other than the one for which said product is already used in the prior art. A classic example of new medical use is the use of sildenafil to treat erectile dysfunction, which was previously known as a medicament to treat pulmonary hypertension.

The disease or condition to be treated must differ from the previous one. The mere difference in dosage regimen, administration route or group of patients being treated does not render the known use of a compound novel.

The assessment of inventive step, though more subjective than novelty, is more defined for this type of invention. The BRPTO established five objective aspects that must be analysed in order to determine whether a new medical use is inventive. Therefore, a new medical use will be deemed inventive if it is not deduced from:

These definitions should not be recognised as obstacles for obtaining a new medical use patent. On the contrary, they can be used in favour of the applicants. Once the applicant can prove that the new medical use fulfils the abovementioned criteria, there should be no doubt regarding the inventiveness of the patent application.

More than a year has passed since Resolution 208 entered into effect and the outcome is positive. The BRPTO not only clarified the examination of important aspects that had never been discussed before (eg, stereoisomers compounds and polymorphic forms), but also became more flexible in terms of claim language, by accepting new ways of drafting claims related to medical compositions. Nevertheless, attention should be drawn to the fact that although most examiners seem to be up to date, there are still some examiners that need to adjust to the new guidelines. After more than a year, it is unacceptable to have an application rejected based on an outdated position. Part of the challenge Brazilian patent attorneys face is to ensure that all applications are being properly analysed in light of the changes provided by the current guidelines. 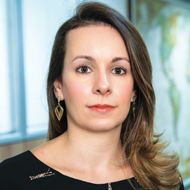 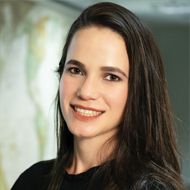