NASA’s portfolio is the definition of ‘lean and mean’

The iconic agency – which last month celebrated the 50th anniversary of putting the first man on the moon – is highly selective with the innovations it patents, and constantly reviews holdings to eliminate deadweight. Like any business, its goals are to create innovative technologies which have market relevance. However, it must do this within the context of the oversight placed on federal agencies. NASA must prove to the public that its portfolio has commercial potential.Here’s our deep dive into NASA’s portfolio.

NASA’s patent portfolio consists of approximately 1,200 active grants worldwide, according to Anaqua’s AcclaimIP. A majority of the portfolio is protected in the United States (89.7%). Germany is the second most important jurisdiction, accounting for 3.5%. The space agency files through the EPO occasionally, but this activity is minimal.

In an audit of NASA’s technology transfer process the agency broke down its portfolio into key technologies (see Figure 2). Patents relating to material and coating account for 21% of the portfolio. Patents reading on sensors and aeronautics represent 17% and 9%, respectively.

Source: iRunway Analysis, using NASA’s patent data which is accurate as of October 2018

NASA’s patent filing over the past decade has generally increased, with a few drop-offs in activity (see Figure 3). Its application output peaked in 1969, coinciding with the Apollo 11 mission. Patent filing decreased significantly after 1978 and did not pick up again until the 1990s. Around 75% of NASA’s active patents have been filed in the past 10 years. However, the downward trend post-2017 may not be an accurate reflection of current activity levels given the 18-month lag between when an application is filed and when it is published.

As a federal agency NASA ultimately answers to the US public. Therefore, its goal is to obtain the highest return for taxpayer investment. As such, it has strict rules for patents. It will seek IP protection only “on technologies with commercial potential for which NASA has an ownership interest to enable licensing”, according to the Technology Transfer Process audit report. Further, the agency will only patent a technology that can be brought to market within seven years. When it comes to NASA-owned inventions, the agency reviews these for technical readiness, market viability and patentability.

A key aspect of the technology transfer programme is patent licensing. NASA has made its own patent portfolio available for licensing and also seeks to receive royalty fees from inventions which it has contributed to.

As of October 2017, NASA had 871 issued patents and 364 applications available for licensing. There were also 399 patents already licensed or in joint ownership. Licensees of NASA patents are typically non-aerospace companies. The agency also has a start-up initiative which allows companies to license its patent with no up-front costs.

The 2018 Technology Transfer Programme budget has dropped to 30% of its funding level in 2004. Despite the budget cut, there has been a 341% increase in annual licensing totals since 2011.

In 2018, patent licences declined by 9%. This put an end to a six-year period of licence growth.

Source: NASA’s Technology Transfer Programme. Note: each patent licence represents a NASA technology being transformed into a commercial product by a domestic company

The range of companies citing NASA’s patents shows the diversity of technologies within its portfolio (see Figure 5). Aviation companies, such as Boeing, feature, as do medical technology and electronics companies. 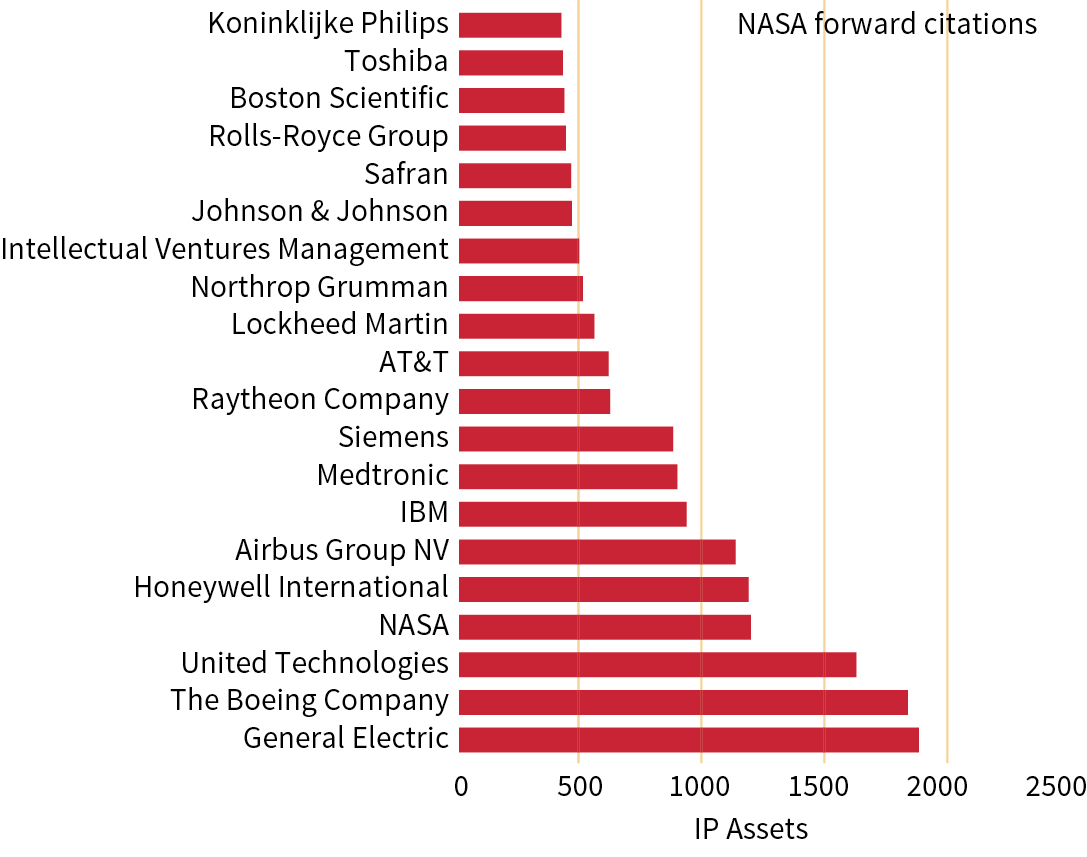 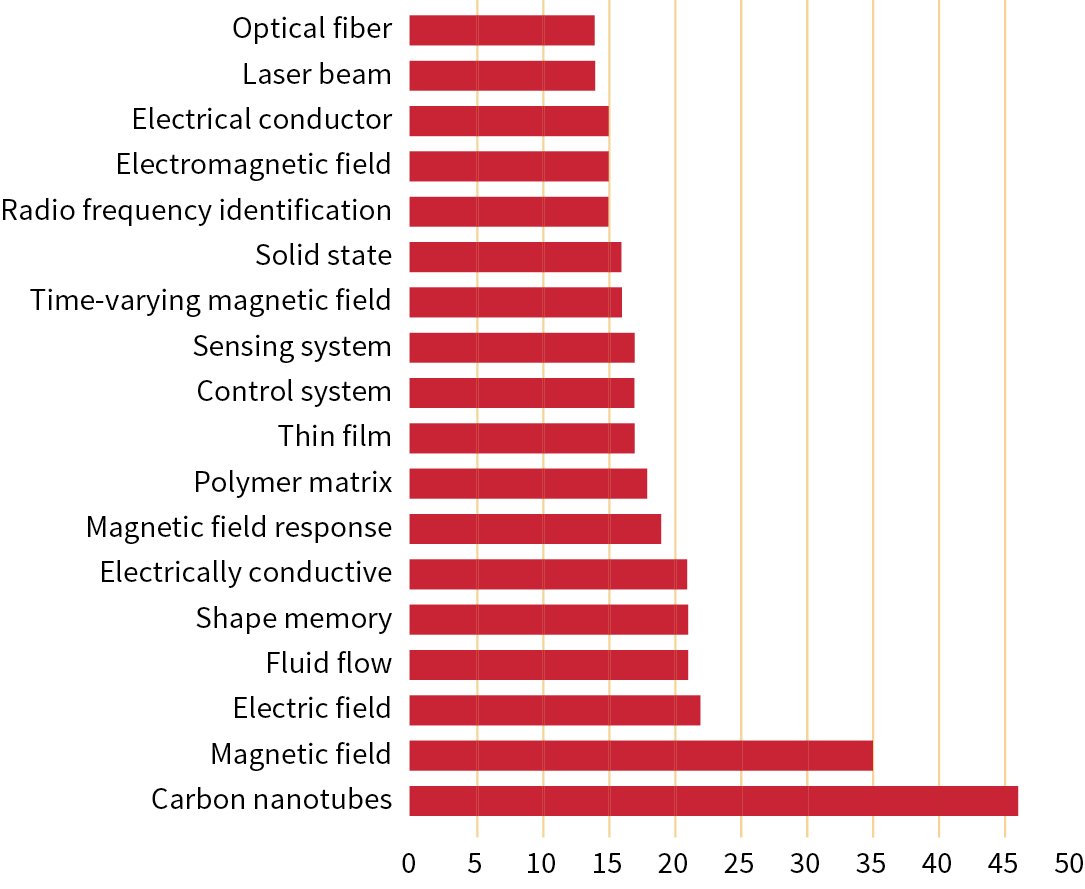