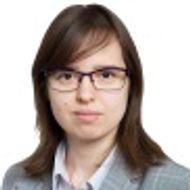 In response to international sanctions imposed on Russia as part of the country’s confrontation with the West over the political situation in Ukraine and the Crimean peninsula, the Russian President Vladimir Putin signed a decree in 2014 to prohibit the import of certain products and foodstuffs produced in the United States, the European Union, Norway, Canada and Australia.

The main issue facing those trying to enforce the new legal regulations was the lack of customs control at the borders of the Eurasian Economic Union (EAEU). Consisting of Russia, Armenia, Belarus, Kazakhstan and Kyrgyzstan, the EAEU is based on the principle of free trade, with goods circulating within its territory without additional customs control. This has presented a significant challenge to Russian Customs, as products sanctioned under the 2014 decree could thus be imported into other EAEU countries and then transported to Russia. A radically different approach was necessary in order to implement effective control over the flow of sanctioned products and foodstuffs from EAEU member states.

A new, specialised customs division, divided into mobile customs groups, was created to detect and destroy sanctioned foodstuffs. Consisting of customs officers and federal veterinary and phytosanitary authority specialists, these groups were set up at key points near the Russian border to regularly and consistently patrol and inspect vehicles that come from EAEU member states. They soon began cooperating with the border service, prosecutor's office, consumer protection agency and the federal security service.

From November 2015 to March 2017, mobile customs groups inspected 121,900 vehicles carrying more than 4 million tonnes of goods and detected 19,000 tonnes of prohibited products. Given its success, they have also been used to detect other illegal products (eg, drugs and counterfeit goods).