The misuse of effective rates in FRAND determinations 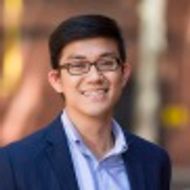 Innovators holding patents that are or may become SEPs promise standard development organisations (SDOs) that they will license their SEPs on FRAND terms and conditions. Because SDOs generally do not define FRAND terms and conditions, the terms and conditions of any individual contract must be evaluated with reference to other benchmarks, which includes other contracts. Although these contracts are highly negotiated and generally possess multiple terms and conditions, economic analysts and courts frequently compare them by reducing their multiple terms to a single ‘effective rate’, which is generally defined as the total royalties owed under the contract, divided by the total licensed revenues (or licensed units). In other words, an effective rate is an average royalty per unit. A licensor’s compliance with its FRAND promise is then evaluated with respect to that average.

This article highlights the errors introduced when comparing effective rates, an approach that is both “simple” and wrong (MA Lemley and C Shapiro, “A Simple Approach to Setting Reasonable Royalties for Standard-Essential Patents”, Berkeley Tech L J 28: 1135-66 (2013)). These errors arise because an effective rate:

Given these examples, it is clear that SEP holders promise to be prepared to license on FRAND terms and conditions – not a FRAND rate (eg, Annex 6 of the European Telecommunications Standards Institute Rules of Procedure). As these simple examples illustrate, even a licensor that executes identical terms and conditions, themselves FRAND, with every licensee, cannot promise identical effective rates. To require that they do so is to misstate their promise, whenever the contract contains two or more terms or conditions.

Consider the second example. Licensee A, which pays an average of $3 per unit, may argue that it is entitled to the same effective rate as licensee B ($2). Yet neither of these rates is actually found in either contract. Thus, A is demanding the same extra-contractual inference drawn from B’s contract, elevating the inference above the contract itself.

Fixed-payment agreements exacerbate the error. Suppose that licensee C agrees to pay a fixed $500 fee for unlimited sales (forecast to be 500 units), thus bearing the risk of those sales. Then C’s expected effective rate is $1 per unit. Critically, this licence has no contractual rate. To suggest that it does, or that A and B should receive the same rate, misstates the contract’s terms.

Whether a later license is more favorable thus depends upon the total package of consideration flowing both ways, not upon any single rate or term in isolation … where the license containing the [MFL] clause and later licenses differ significantly in terms or conditions, the most favored licensee cannot pick and choose among them, but must accept the good terms and conditions with the bad. If terms besides the royalty rate are changed, the favored licensee cannot receive the more favorable rate without also accepting any less favorable terms. (Jay Dratler, Jr, “Licensing of Intellectual Property”, Ch 9, Most Favored Licensees, §9.02[5,6] (2005) (citations omitted).

In the example, the licensee who demands the same rate found in an ostensibly better contract erroneously omits a condition of that contract, such as its volume commitment or payment structure.

If a licensee cannot demand one term isolated from another’s contract, then it also cannot demand a term inferred from, but not present in, that contract – for example, an effective rate.

Licences for SEPs typically reflect many more than two variables; a single effective rate further misrepresents the interaction among these variables. In addition to sales volume and payment structure, other determinants include:

In short, for both economic and legal reasons, effective rates do not and cannot enable reliable comparisons across contracts.