Is minimum term for patent protection affecting competition in Brazil? 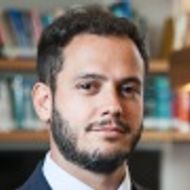 The National Institute of Industrial Property (INPI) is doing its utmost to reduce the backlog of patent application examinations. According to INPI’s official website, roughly 11,000 patents were analysed and granted between 2017 and 2018. This shows a 77% increase in productivity and a 7% reduction in the backlog.

However, despite the long wait to examine patent applications, a paragraph in Article 40 of the Brazilian Industrial Property Law states that protection is provided for at least 10 years for an invention patent and seven years for a utility model patent, counting from the date of grant.

Article 40 – An invention patent shall have a term of duration of 20 (twenty) years and a utility-model patent, 15 (fifteen) years, counting from the filing date.

Paragraph – The term of duration shall not be less than 10 (ten) years for an invention patent and 7 (seven) years for a utility-model patent, counting from the date of the grant, except in the case where INPI is prevented from examining the merits of the application, due to a proven judicial claim or reasons of force majeure.

For example, this means that if INPI takes 13 years to examine and grant a patent application for an invention due to the backlog, instead of having patent protection for an additional seven years after the date of grant (as the general rule provides patent protection for 20 years from the filing date), the patentee is afforded protection for an additional 10 years after the date of grant (as per the rule in Article 40). The right to obtain compensation for the undue exploitation of the patented subject matter between the publication and the granting dates remains unchanged.

On 4 November 2013 the Brazilian Fine Chemicals, Biotechnology and Specialty Industries Association (ABIFINA) filed Direct Action 5061 challenging the constitutionality of this legal provision. However, it was dismissed on 31 October 2017 by the Supreme Court due to lack of standing to file such a lawsuit. ABIFINA has not succeeded in appealing the decision, which pre-empted a decision on the merits.

On 18 May 2016 the Republic’s General Attorney Office filed Direct Action 5529, which challenged the constitutionality of the minimum term for protection. This action argued that the provision violates:

Several associations have asked to participate in the lawsuit as amicus curiae, indicating that the matter is extremely relevant. Further, since the Republic’s General Attorney Office has the legal standing to file such a lawsuit, the Supreme Court may hand down a decision on the merits of the case soon. In the meantime, the minimum term for protection is still valid.

In most cases, investment in R&D for new technologies is very high. Therefore, companies that create and invest in innovation must have exclusive, temporary protection guaranteed, in order to exploit the patent and reap the benefits from their investments.

Brazil is a member of the Agreement on Trade-Related Aspects of Intellectual Property Rights, which ensures the protection of IP rights within a reasonable timeframe so as to avoid unwarranted curtailment of the validity term.

Sir Robin Jacob, who for many years served as Lord of Justice of Appeal in the United Kingdom, has stated that that:

The availability of a future monopoly is a major driver for innovation. It is no good bemoaning this reality. It is no good advocating abolition and replacement of the patent system with some alternative, such as State-sponsored research rewards. It has been tried (for instance, in the Soviet Union) and has not worked. There is, of course, much government or charity supported research, particularly in the field of medicines. But the reality is that the patent system remains the bedrock of future research both for new medicines and new medical devices.

Brazilian courts have already held that this minimum term of protection does not apply to patents known in Brazil as ‘mailbox’ patents, which according to the Superior Court of Justice are:

in a mechanism of transition adopted to the safeguard of patent applications related to pharmaceutical products and agrochemicals filed between January 1st, 1995 and May 14th, 1997.

In these cases, pharmaceutical and agrochemical patents filed between 1 January  1995 and 14 May 1997 are protected from their date of grant and for the remaining term from the filing date, which is limited to 20 years for invention patents and 15 years for utility models.

Previous court decisions on mailbox patents have failed to demonstrate that Article 40 of the Industrial Property Law violates the Brazilian Constitution.

There are strong grounds to argue that the legal provision in question has introduced a compensation mechanism for applicants to prevent them from losing out because of INPI’s backlog.