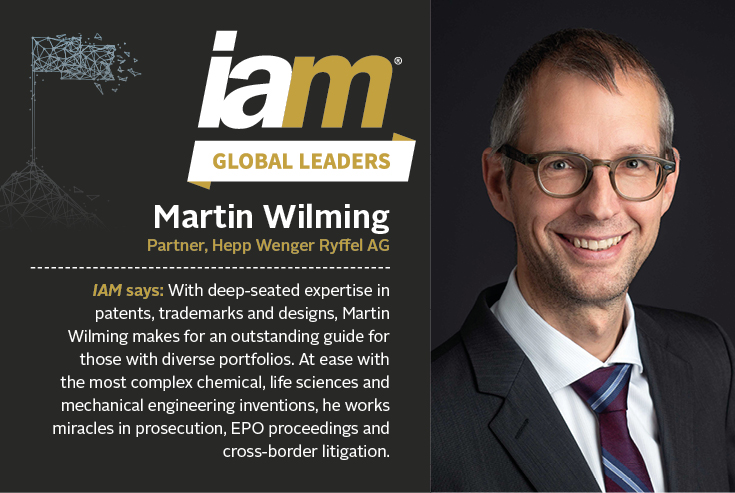 Switzerland is due to introduce a patent box shortly – can you explain what its main features will be?

The Swiss patent box, which will be available from 1 January 2020, will make research and development (R&D) in Switzerland even more attractive. In general terms, the net profit from patents will be included in the overall taxable net profit in the ratio of the qualifying R&D expenditure to the total R&D expenditure (the so-called ‘nexus quotient’) with a maximum reduction of 90%. However, federal law still leaves the cantons with some flexibility when it comes to implementation, and not all cantons will actually apply the full 90% reduction. The legislature has kept the financial aspects relatively simple: when a patented technology is used in a product, the net profit made with this product will be considered the net profit from the patent, irrespective of whether the patent pertains to a key aspect of the product. However, a deduction of 6% of the costs associated with the product will apply, as will a certain branding remuneration. The exact calculation of the nexus quotient will be defined in a separate ordinance. The qualifying R&D expenditure will include both the taxpayer’s R&D expenses in Switzerland and the R&D expenditures of controlled connected undertakings in and outside Switzerland. Further, an ‘uplift factor’ of 130% will apply to all of these expenses. Finally, the term ‘patent box’ is somewhat misleading; it will apply equally to comparable rights such as supplementary protection certificates and protected approval documents for pharmaceuticals. However, trademarks, designs, know-how and copyrighted material remain excluded.

Changes to the Swiss patent examination practice are also on the horizon – can you outline what is set to happen?

Swiss patent applications are not currently examined on the merits (ie, with respect to novelty and non-obviousness). Nothing has yet been carved in stone, but an initiative which aims to introduce examination on the merits has undergone the first steps of the legislative process. Similar to the situation in Germany, a utility model is proposed to be introduced in parallel. The National Council will have its say next and, given its approval, we are likely to see a draft bill fairly soon.

How would you characterise the current Swiss patent litigation landscape?

As the only first-instance court on patent validity and infringement matters, the FPC has made it more attractive to litigate patents in Switzerland. Its judgments are well-reasoned and widely accepted by practitioners, and having European patent attorneys on the bench besides judges with a background in law has proven successful. Further, the fact that part-time judges are also active in private practice keeps the community vibrant and shows that the court is not acting as an ivory tower. I would not want it to operate any differently.

You run a blog documenting cases before the Swiss FPC – why do you do this and how do you find the time?

Before the Swiss FPC was introduced in 2012, each canton had its own court that handled patent cases and few decisions were published. The FPC put an end to the cantonal fragmentation and all decisions were published from day one. I started off writing brief summaries of the FPC’s decisions to ensure that I stayed up to date. I never really intended to run a public blog, but this format is the easiest way to make information available, even for in-house counsel. Once it was up and running, it made sense to open it up to the public to fuel the discussion and raise awareness about the FPC’s case law. Yes, ‘www.patentlitigation.ch’ is time consuming to run, but it is also fun. I firmly believe that you will never find time – you just need to do it.

How do you expect the Swiss patent landscape to evolve over the next few years?

The majority of patents that are currently in force in Switzerland are validations of European patents. National Swiss patent applications have attracted less interest in recent years, but this might change when the patent reform is enacted. Under the patent box, even the currently unexamined Swiss patent might see a revival. Typically, applicants tend to avoid early European grants to maintain room for manoeuvre and defer costs. However, only granted patents can be considered in the Swiss patent box. Thus, the early grant of a Swiss patent in parallel might be worth considering for tax reasons in the future.

Martin Wilming has a PhD in bio-organic chemistry and is a Swiss and European patent attorney. He is mainly active in complex prosecution, opposition and appeal proceedings before the EPO and in litigation before the Swiss Federal Patent Court (FPC). He is an active member of the European Patent Practice Committee of the Institute of Professional Representatives before the EPO and contributes to the work of the EPO’s Standing Advisory Committee.