Spangenberg and former France Brevets licensing head team up, with Asia and Europe firmly in their sights

Hermes is the Greek god of trade, transition and crossing boundaries, able to slip between this and other worlds with ease. With these abilities, he serves as a messenger and intermediary for his fellow Olympians, enabling their communication with each other and with the mortal realm below, and spreading good fortune – and, sometimes, a little mischief – wherever he goes.

This may (or may not) go some way towards explaining why patent monetisation heavyweight and IPNav founder Erich Spangenberg and Pascal Asselot – until June last year, head of development and licensing at French sovereign patent fund France Brevets – have decided to name their recently launched IP strategy firm Hermes Patents.

Clearly, it would seem that Hermes Patents is going to be focused on monetising patent assets beyond the US market – and between them, Asselot and Spangenberg have plenty of experience and drive to do just that. While at France Brevets, Asselot spent a lot of time in Asia as the sovereign patent fund negotiated, sometimes litigated and eventually closed licence deals with regionally based major players including LG, Samsung and Sony.

Spangenberg has been vocal about the opportunity he sees in Asia and Europe for some time now. In a 2013 interview with IAM, he sang the praises of the German and French litigation systems at a time when the US environment was getting increasingly difficult for licensors. Upon joining US NPE Marathon Patent Group as its director of acquisitions, licensing and strategy in May last year, he said that he planned “to spend the majority of [his] time on the ground in Europe and Asia working primarily with large corporate patent owners on various monetisation opportunities” as well as “new and significant opportunities beyond traditional licensing”.

The pair are remaining tight-lipped on some of the finer details of their new project, though Asselot did share some additional insight via email. “Although we'd like to reserve the details of our offering for our customers, we can happily state a few considerations that triggered our venture,” he told IAM. “First, legacy patent portfolios of large companies are ill-prepared to face threats coming from the adoption of new technologies. Second, current defensive offerings, such as RPX and LOT, only deal with a portion of IP risks. And third, we believe assertion expertise and predictive analytics can be put to work together to deliver significant value. So expect a disruptive company with global reach, extensive capital and a comprehensive approach!”

It is not clear at this stage if Spangenberg’s roles at Hermes and Marathon are related or are completely separate, though there is obvious overlap in terms of purview (he is still listed as a member of the latter's management team on its website, and this would certainly not be the first time he has taken on multiple projects at the same time). On a conference call after the release of Marathon’s annual results yesterday, the NPE’s CEO Doug Croxall told analysts that while the company has “not yet filed suits in China”, it is “actively pursuing license outside of litigation and… if those soft licensing discussions slow down or we don’t think [they] are materialising at the pace that we believe they need to be then we always have the ability to file suit”.

The current status of IPNav – the company founded by Spangenberg back in 2003 as one of his first major forays into patent monetisation – is unclear. Spangenberg stepped down as IPNav’s CEO in 2014 to dedicate time to other projects, handing over the reins to company president Deirdre Leane. Leane’s LinkedIn profile indicates she became vice president of licensing at Technicolor in December, while IPNav’s website is currently offline awaiting relaunch. 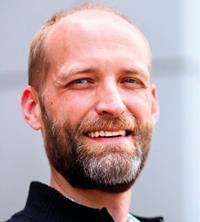