A split picture of the life sciences deal-making landscape emerges from EvaluatePharma’s Pharma, Biotech & Medtech Half-Year Review 2019, released last week. While a record-breaking first six months of the year for M&A spending saw $173 billion splashed on pharma assets, most of this is accounted for by a handful of mega-acquisitions. But overall deal numbers plunged to lows not seen for a decade.

The volume of patent licensing in the opening half of 2019 also stands in stark contrast with impressive M&A revenues, sinking to the lowest level in years following a disappointing 2018 performance.

With pharma entities facing sustained pressure to replenish pipelines, and many major companies actively seeking assets to buy or license, the dip in deal-making activity is most likely due to the emergence of a seller’s market created by the free flow of venture capital into the sector. Small- and medium-sized biotech and pharma companies are increasingly able to monetise their assets without selling up and can be pickier about the licensing agreements they enter into.

Notably, however, this year’s impressive M&A is accounted for almost entirely by a small number of mega-deals. Bristol-Myers Squibb’s $74 billion January buyout of Celgene was the sector’s most valuable single deal since 2010, but was nearly matched by AbbVie’s $63 billion acquisition of Allergan in June. Together, they account for $137 billion of the total spend. Much of the remaining $36 billion was also contributed by a few major deals, such as Pfizer’s $11.4 billion purchase of Array BioPharma, and Eli Lilly’s acquisition of Loxo Oncology for $8 billion.

The review finds that the number of M&A transactions agreed overall in the first part of 2019 was unusually low. Only 62 deals were struck: 40 in Q1 and 22 in Q2. This is the lowest level in any two consecutive quarters since at least 2015; and the Q2’s figure is the smallest for at least a decade. To compare, the modest M&A value in the second half of last year was produced by 90 deals. And the record-breaking years of 2014 and 2015 saw 229 and 290 agreements respectively. The number of smaller buyouts, then, seems to have fallen off a cliff this year.

Licensing activity has also been low so far in 2019. A total of 26 deals were agreed in the first three months with representing $2.77 billion in upfront fees. This was the smallest number of licensing agreements struck in a quarter for at least five years – a record broken immediately by the second three months of this year, which produced only 16 deals. These agreements had combined upfront fees of $770 million, the lowest value for any quarter for at least five years. Much of the combined $3.5 billion upfront deal value in the first half of the year was contributed by AstraZeneca’s $1.4 billion agreement with Daiichi Sankyo for a licence to trastuzumab deruxtecan.

The decline in deal volume is somewhat paradoxical given the ongoing pressures faced by pharmaceutical companies to replenish their drug pipelines – especially in lucrative areas such as oncology – in the face of a patent cliff putting $198 billion in sales at risk between 2019 and 2024, and soaring R&D costs.

These pressures are certainly evident in the deals that have been struck. AbbVie paid a 45% premium for Allergan to mitigate its loss of revenue from Humira’s patent expiries, while Bristol-Myers Squibb stumped up a 50%-plus premium to get its hands on Celgene’s oncology assets. And a range of Big Pharma chief executives have emphasised the role of deal-making – especially small, targeted transactions– in their business strategies.

The decrease in deal numbers could be partly accounted for by the fact that so much money was spent on two mega-acquisitions, suggest the report’s authors. They also argue that the large amounts being invested in small- and medium-sized biopharma companies by private equity and venture investors is a factor. This has reduced innovators’ need to strike deals with bigger entities and has inflated the price of buyouts.

It’s a plausible scenario, despite big pharma companies clearly being willing to splash out when the circumstances are right. Perhaps smaller, less crucial or riskier acquisitions and licensing deals that might be agreed in a buyer’s market are not struck as frequently when prices are high and empowered rights holders can insist on favourable terms.

This may be no bad thing for smaller life sciences patentees, which are better placed to monetise their assets without being bought up by larger businesses. A striking illustration of this is Gilead Sciences’ July $3.95 billion  wide-ranging licensing agreement with Belgian firm Galapagos NV. The deal was highly favourable to the European biotech, which was able to gain a larger role in the commercialisation of one of its drugs and a written commitment protecting it against a takeover bid for at least the next decade. 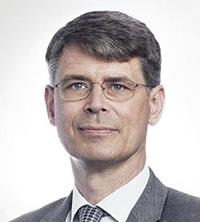