Panasonic IP Management – the company set up by Panasonic to manage its IP operations – will join forces with outsourcing and staffing specialist Pasona to form a new patent strategy consultancy, it emerged last week.

According to a press release (here, in Japanese) from Tokyo-based Pasona, the new company will be named ‘Pasona Knowledge Partner’ and will launch next month. It will offer a range of IP consultancy services, including patent analysis, prior art searching and IP strategy more generally, with a particular focus on serving SMEs that lack a dedicated in-house IP function.

The joint venture will marshal the expertise of around 250 patent professionals, including many that have previously worked in the IP departments of large corporates, the Nikkei reports. It is not entirely clear at this stage what Panasonic’s role will be, though IAM readers will be well aware of the company’s track record in portfolio management, patent monetisation and dealmaking, which has made it something of an IP strategy trailblazer in Japan’s typically conservative corporate world.

In addition to outsourcing patent licensing activities to NPEs including WiLAN, Inventergy and Japanese state-backed fund IP Bridge, and novel approaches such as open source and royalty-free licensing, Panasonic also made waves when it decided to spin-out its IP function into a separate company in late 2014 (press release in Japanese here). This was a clear statement of intent on Panasonic’s part that it views its intellectual property as a value-creating asset, rather than simply as a legal right. As a standalone business, Panasonic IP Management became responsible for its own performance and revenue targets, creating a powerful incentive for monetising relevant portions of the group’s extensive portfolio.

Moreover, while speaking on a panel at IPBC Asia in Tokyo last year, Panasonic IP Management president Hideo Toyoda confirmed that the subsidiary would begin providing its IP strategy services to third parties outside of the Panasonic group, representing a further revenue-generation opportunity. The link-up with Pasona looks to be another big step in that direction. 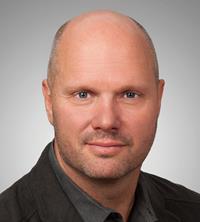