On Friday, Ocean Tomo announced the first public patent auction under its latest platform, dubbed Ocean Tomo Bid-Ask Market (OTBA). More than 1,000 rights owned by HP Inc will go under the hammer between now and 20th October; they're grouped into 45 separate lots across a range of mostly computing-related technology areas. The unique selling point of OTBA is evidently that it is less seller-driven than traditional auction formats, allowing potential buyers to efficiently post anonymous bids.

The press release put out by the patent auctions pioneer makes clear that it is looking to China for some of that buy-side activity. “The HP auction will be held in both English and Mandarin with brokers in both the US and China,” it promises; and payments can be settled in either US dollars or Chinese yuan. “Ocean Tomo Bid-Ask professionals located in the US and in China can manage the needs of buyers in their local time zones and in their native languages,” it adds.

It is no surprise that any kind of patent broker – auction-based or otherwise – would want to cater its offerings to Chinese companies. Most Chinese firms are expanding their patent portfolios, and quite a few have used third-party acquisitions to do so, including from US sellers. And for smaller or even medium sized Chinese firms, the language barrier can play a significant role in IP deal making.

One other detail about the HP offering looks like it will appeal to Chinese buyers. Instead of putting the whole portfolio up in a single block, the HP patents have been parceled out into lots averaging 24 issued grants each within a single technology domain. If you have followed IAM’s coverage of patent assignments deals featuring Chinese firms over the years, there is a definite preference for small-scale assignments. Partly, that’s an issue of budget and margin. Other Chinese IP managers have told me they are simply not comfortable spending on a portfolio unless their team can analyse each patent.

In larger scale patent auction efforts, Chinese companies haven’t played large roles as far as we know. ZTE bidding for the Rockstar portfolio back in 2011 is one example where it did happen, but the company said at the time there were “not too many” assets it had a real interest in. In another big auction under very different market conditions, it seemed like the Yahoo portfolio might interest Alibaba, but it looks like nothing has come of that.

There have been numerous local initiatives aimed at jump-starting a patent auctions environment within China, with some enjoying government support. CTEX was just one example: the state-owned firm held numerous auctions between 2010 and 2012. A more recent example, publicised in the Chinese media last spring, saw a conventional auction house in Nanjing offer up 10 patent portfolios from companies including LeEco, Xiaomi and ZTE – apparently it raised $4.6 million in total. But in private, the participating companies played down the auction’s significance.

One Chinese IP executive told IAM that Chinese companies looking to quickly ramp up their total portfolio size might find the auction format appealing, but many others have shifted their focus to quality. “You have to invest time, energy and resources to get quality. Auctions can be difficult because there is a pretty short time period to bid and it doesn’t really give you room to negotiate.”

Another issue is that many Chinese companies want a patent sale to be part of a continuous business relationship rather than a one-off transaction. As YP Jou, CEO of Wispro, told IAM in our most recent issue: “Most Chinese companies are getting more careful about buying patents because there’s no after-sale service.” There's an opportunity there for buyers to add some value, but it seems best done in a one-on-one negotiation.

OTBA, with its emphasis of providing service to buyers as well as sellers, may go some way toward addressing these concerns. If we see some of these HP assets come under Chinese ownership, it could be a sign that auctions, done right, may eventually find more success in one of Asia’s key buyer markets. 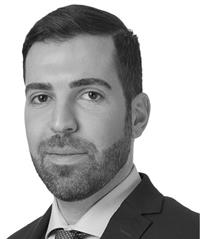