Last week, our story on projector-maker Appotronics mentioned that Alibaba had recently postponed a planned Stock Exchange of Hong Kong listing due to a faltering economy and political turbulence. It was a bit of a surprise when facial recognition startup Megvii, in which Alibaba is a key investor, today filed papers that would make it the first Chinese AI company to make an IPO here in the Special Administrative Region.

In an exclusive data analysis this year, IAM confirmed that Chinese companies are driving the quantitative growth in global AI patent filings (although the US remains on top in terms of some quality measures). The top players churning out those filings are the country’s big tech incumbents (like Baidu and Tencent) as well as universities.

This public float will test the appetite of global investors for newer specialists in the space like Megvii and its chief competitor Sensetime (both of which count Alibaba as investors). Data provided by Relecura in that IAM analysis showed Sensetime coming on strong. The service provider recorded zero AI-related publications by Sensetime in 2017, but 132 the next year was good enough to place it in China’s top ten.

In terms of patents, the IPO prospectus for Megvii (which was previously known as Face++) stated that it holds approximately 250 granted rights in the AI space with another 900 pending worldwide. Its total overseas portfolio comprises 25 granted patents and 75 applications.

Megvii says its 103 granted invention patents cover methods and devices for things like AI video monitoring, computer vision and detecting false vehicle plates. The bulk of its pending applications are in this area. But shorter-term utility model patents account for the bigger share (125) of its registered portfolio, probably due to their lack of substantive examination.

The IAM analysis from February does provide one clue that Megvii could have a gem in its portfolio. Relecura conducted a quality analysis, but no Chinese patent from 2017 was recognised with a 3-star rating, the benchmark for high quality. The publications from 2018 turned up just three examples – one belonging to Megvii, one to Baidu and one to a firm in the medical space.

Of course, other IP-related considerations are much more important to Megvii than its patent portfolio. The company touts its “proprietary deep learning framework”, branded Brain++, which has generated a portfolio of algorithms. Data will be a major asset too – how much data does the company have to train those algorithms?

While AI applications like facial recognition have produced some interesting patent transactions in the past, they are also under a microscope, and Megvii itself acknowledges that Trump administration trade policies are a potential business risk. While the company says it wants to raise money for expansion into overseas markets, it would not be a surprise to see the company facing some issues due to the security applicability of facial recognition.

But the company's strategy appears to be centred on internally developed technology. Around 60% of Megvii’s staff is devoted to research and development work, and it says its spending in the area is increasing. It doesn’t look like the company has ever acquired patents from a third party, other than through M&A acquisitions.

AI is a field that frequently comes up in discussions about patent policy – and one oft-repeated argument is that China’s relatively permissive stance towards software patents could give it a leg up. So far it doesn’t look like specialist firms like Megvii are locked in a quantitative patent race. But with AI looking more likely to develop along basically separate paths in the US and China, it will be interesting to see how investors rate Megvii and Sensetime. 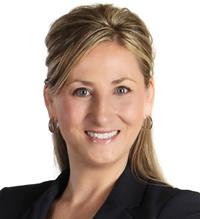