Google has lost another top player from its patents team with Senior Counsel John LaBarre joining biotech start-up Zymergen, linking up once again with Duane Valz, another former member of Google’s patent group, who was appointed Zymergen’s general counsel in 2016. The move adds to the growing list of senior Google IP executives who have jumped ship. These include Jeremiah Chan, ex-legal director of the company’s global patents department, who left in 2018 to become Facebook’s head of patents.

The current Congress may be winding down, but next week a meeting should kick start – in IP terms at least – a new legislative chapter. As was reported earlier this week by Bloomberg Law, Senators Coons and Tillis have called together representatives from a broad cross section of the IP stakeholder community for a closed-door meeting to discuss what could be done about the law regarding subject-matter eligibility.

The news that a Chinese court has issued preliminary injunctions against various models of the Apple iPhone over the company’s infringement of two Qualcomm patents has sent reverberations around the world. Oral arguments in the Federal Trade Commission’s lawsuit against Qualcomm over the chip giant’s licensing practices are due to get underway in the US District Court for the Northern District of California in early 2019.

IP talent is sought after in China

Just how big is the job market for IP professionals in China? The following is a paraphrase from a piece in Guangming Daily, a state media outlet targeted at intellectuals and academics:

Few individuals have loomed as large over the IP monetisation sector as Eran Zur and Erich Spangenberg. Zur co-founded RPX in 2008, before leaving to found Fortress’s IP group and raise hundreds of millions of dollars for IP-based investments. As founder of IPNav, Spangenberg was a pioneer of the monetisation sector – recently he has focused on blockchain and artificial intelligence in patent transactions and services at IPwe. But now these two giants have found themselves embroiled in a potentially high-value spat with each other in a New York state court over the monetisation of a patent related to natural language processing.

On 26 November 2018 the Judicial Committee of the Supreme People’s Court issued new rules regarding preliminary injunctions in IP disputes, which will be officially implemented on 1 January 2019. The new rules come on the heels of the high-profile preliminary injunctions issued against Apple by the Fuzhou Intermediate People’s Court in late November.

The Intellectual Property Rights Court of Appeals was inaugurated in Beijing on New Year’s Day. The tribunal is being overseen by Supreme People’s Court Vice President Luo Dongchuan, who told the press that it will handle cases requiring “highly technical expertise”. The new body has jurisdiction over both civil and administrative judgments and rulings in technology-related IP cases.

US patent sales jump, with Samsung, InterDigital and Fortress leading the way

The latest quarterly patent deals data from Allied Security Trust shows that activity increased in the third quarter of 2018, following a slump in the second quarter. Overall, 256 transactions closed between the end of June and the beginning of October. These involved 3,977 assets, 243 unique sellers and 229 unique buyers. The number of assets was almost double the volume of the second quarter.

A ground-breaking agreement between Sisvel and RPX will provide a subset of the defensive aggregator’s subscribers access to the 500 SEPs that make up Sisvel’s WiFi joint licensing programme. Under the agreement, participating RPX subscribers will gain licences to patents owned by Orange, Fraunhofer IIS, KPN, Columbia University, Mitsubishi Electric Corp, Hera Wireless, Enact IP and Aegis 11.

Sisvel has also licensed the subset of RPX members to approximately 200 non-essential WiFi assets owned by Hera Wireless, a Sisvel subsidiary that has licensed patents to other entities including LG and Samsung.

InterDigital is once again facing suit in China over its patent licensing practices at the instigation of Huawei. The complaint, filed in the Shenzhen Intermediate People’s Court, was lodged just two days after an existing SEP licence between the two firms expired. Huawei will ask a judge in Shenzhen to set a royalty rate for InterDigital’s portfolio of Chinese SEPs covering device sales between 2019 and 2023. It claims that InterDigital’s offers so far have breached its FRAND obligations. However, InterDigital CEO Bill Merritt tells IAM that replaying the companies’ 2011-2013 multi-jurisdictional patent litigation battle is not the best way to set the terms of a new agreement.

Bristol-Myers Squibb’s proposed purchase of Celgene will be the biopharma sector’s most valuable M&A deal since 2000, if approved by shareholders. Struck at the beginning of the year, the $74 billion acquisition reflects the growing difficulty of generating blockbuster drugs through R&D, as well as big pharma’s inclination to acquire assets in lucrative treatment areas, such as oncology. However, the mega-deal’s success could hinge on the outcome of pending patent litigation, underscoring the crucial importance of IP issues in the life sciences sector. 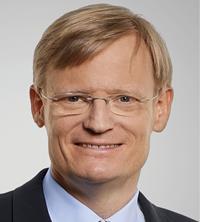