Facebook has hired Google patent data analytics specialist Jeremiah Chan as its new head of patents. The move follows the social media giant’s poaching of the search giant’s patent head Allen Lo last August to be its head of IP.
At Google Chan was most recently legal director, global patents and was one of Lo’s first hires in 2012, brought into establish a data analytics team within the patent function. That was at a time when Google’s portfolio had grown dramatically following the $12.5 billion acquisition of Motorola Mobility which added 17,000 grants and 7,500 applications.
Getting a firm grip on the burgeoning portfolio, as well as using analytics to better inform prosecution practices, were both part of Chan’s remit after he joined the tech giant.
In 2014 he told IAM: “We’re Google we should be a lot smarter with our data. I hear chief IP officers say that when you get to 20,000 or 30,000 patents, then you don’t know what you have; we know exactly what we have.” While at Google Chan has been the co-authour of two IAM articles, one looking at the application of big data analytics to the patent world and another at how IP departments could make better use of artificial intelligence. Chan’s background both as a lawyer and an analytics expert would seem to make him an ideal fit for his new role at Facebook.
For Google, losing two big patent hitters to what could be viewed as a rival in some areas might not seem to be the best of news. But it could just reflect the fact that patents are not seen as big a priority at the company these days. After Lo left Google last summer, some observers pointed to Chan as a possible successor as head of the patent group but that role eventually went to former Cisco in-house Michael Lee.
At Facebook Chan will be responsible for a far smaller portfolio or around 3,000 US grants and approximately 1,900 applications. That reflects both Facebook’s relative youth (it went public in 2012) and the fact that it has far less exposure to the consumer electronics market as Google, which has a large Android-supported ecosystem to protect. That said, the social media giant has been ramping up its patenting efforts of late and in 2016 received more than 440 US grants. 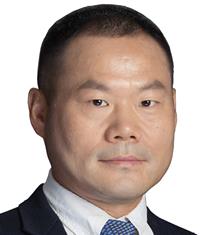