Going global is the new mantra in the patent transactions market

Never look back with regrets, so the old saying goes; but there are a few patent deal makers right now who could be excused for forgetting that golden rule. At the recent IPBC Asia event in Tokyo, there was much discussion about how these days it is highly unusual for anyone to buy a patent portfolio – even at current knockdown prices – unless it contains a good smattering of non-US rights.

In a number of industries, fast technology adoption is now a fact of life. Products which once might have been assembled and sold in only a few, highly sophisticated manufacturing centres can be recreated relatively simply in any number of locations. This is lowering product prices at a time when growing levels of affluence are also increasing consumer demand.

For senior corporate IP managers, this change is forcing them to think about patent coverage in jurisdictions that only a few years ago would not have been considered relevant. If you do not have the position you need in such countries, your only realistic option might be to buy assets that will enable you to dissuade competitors from using the courts to keep you out; or, if they do take action, to then secure cross-licensing deals. Failure to act in this way could mean exclusion from operating in locations that senior management has identified as offering significant potential for growth.

Then there is the assertion angle. With enforcement conditions for rights holders in the United States so tough, many are deciding that leverage in licensing negotiations is best secured via legal action in countries that may not deliver high damages awards, but which offer the prospect of an injunction for a winning plaintiff; jurisdictions such as Germany, China and the United Kingdom. But the only way to get that leverage is to have the patents in the right places, which is another reason to go shopping.

What a contrast to how things used to be, when the only game in town was US assets. Back then, if you happened to pick-up non-US Patent and Trademark Office (USPTO) rights in a transaction, the likelihood was that you would let them lapse at the earliest opportunity – essentially leaving the path clear for anyone to use the patented technology risk-free outside the United States. Thinking about the amount of value and leverage that was thrown away on the bet that the United States would always dominate must keep at least a few people awake at night. A lesson learned, no doubt; but for many it has perhaps come a little too late.

Deal of the year

The newly acquired importance of non-US assets was emphasised at the end of October, with news of what looks set to be by far the biggest publicly known patent transaction of 2017: the transfer of over 12,000 assets from Nokia to Provenance Asset Group LLC, a specially created vehicle led by Dan McCurdy and Tim Lynch of Quatela Lynch McCurdy (QLM).

While the portfolio included approximately 4,000 US rights, the overall stockpile of intellectual property changing hands was more than three times that amount – assembled into 4,500 families, with significant coverage in key European and Asian markets.

The patents, which include assets from both Alcatel-Lucent (which Nokia acquired in 2016) and Nokia-Siemens (a joint venture which the Finnish company bought out in 2013), cover a broad range of technologies including telecoms, gaming, semiconductors, software, WiFi and the Internet of Things.

Nokia has been closely assessing its huge portfolio of rights since it bought Alcatel. That acquisition gave its already substantial arsenal a considerable boost, translating to more than 30,000 patent families. As the company started to look at how that might be streamlined it brought in Laura Quatela and Lynch, who together had launched an IP advisory business in 2014 after leaving Kodak, where they were president and chief intellectual property officer, respectively.

Quatela had a close connection to the Alcatel portfolio, having been appointed the company’s executive vice president of intellectual property in 2014. It was a job she was still doing when the Nokia deal was going through. McCurdy has ties to part of the legacy business too, thanks to his time as president of intellectual property at Lucent Technologies and Bell Labs (before Alcatel acquired it in 2006).

McCurdy was not involved in those initial discussions, having joined Quatela and Lynch in 2016 (the business was renamed Quatela Lynch McCurdy as a result), but he did play a key role in putting the final transaction together.

It is clear that the triumvirate have managed to use their deep knowledge of the Alcatel portfolio and substantial industry experience to get the Nokia deal finalised. The new entity is separate to QLM, which will continue to operate independently.

Provenance will focus solely on the highest quality patents, which it refers to as litigation grade, and make them available only to operating companies that are looking to bolster their IP holdings for defensive purposes. In other words, they are not selling these assets to non-practising entities (NPEs). Only a tiny sliver of the assets are likely to make the cut – McCurdy estimates it to be between 2% and 3% of the portfolio.

Companies looking for freedom to operate, particularly in a new sector, and to protect themselves from infringement suits filed by market incumbents, will be able to buy a licence to a patent family, a so-called ‘slice’, which can only be used against a single, named opponent for defensive purposes. “We can therefore take the same patent and license it to multiple companies with each of them restricted in their ability to enforce only against a single entity,” McCurdy remarks. In another twist that is sure to keep in-house strategists on their toes, a company may also look to acquire a slice if it wants to prevent a rival from getting hold of it and using it as an IP shield.

Provenance will charge $100,000 per year, per slice, but if a business wants to acquire the exclusive rights to a patent it will cost $500,000. “Our belief is that multiple parties can take the slice that they need and therefore the cost is much more reasonable than if each party had to go and acquire patents of this quality, if they could even find them,” McCurdy adds.

For Provenance and Nokia this new approach reflects one of the current trends in the patent market. “There’s an active market around operating companies who need patents, and in particular small and mid-sized companies that are targeting aggressive growth,” says Ilkka Rahnasto, head of Nokia’s patent business. It can take years and a lot of investment for those businesses to develop their own portfolios, he points out, so instead they now have the option of turning to Provenance to bolster their level of IP protection.

Along with that dynamic, McCurdy also points out the inherent problems caused by parties often spending millions on prosecuting and maintaining their own patents, and then holding huge portfolios largely for defensive purposes and to keep up with competitors. “What we started to realise is that it’s a really inefficient process, particularly for defence, because somewhere between 1% and 3% of all patents that are granted are powerful enough to be used for any offensive or defensive purpose,” he says. “And we asked ourselves what other industrial process could survive a 97% or 98% loss rate in production?”

McCurdy adds: “By combining great assets from entities that have far too many of them, what we call ‘the most select of the most select’ could be made available to operating companies who are trying to defend themselves from other operating businesses.”

To fund the day-to-day operations Provenance has raised $40 million from the strategic investment group of Chicago-based alternative asset manager GCM Grosvenor, in a clear sign that investment capital is eyeing opportunities in the IP space. It has also added Linda Biel as senior vice president of client development – she previously worked with McCurdy at defensive aggregator Allied Security Trust (AST).

From the Nokia perspective it is notable that as the telecoms giant looks to slim down its hefty portfolio, it has turned to a business focused on IP value creation through a defensive strategy, rather than a patent assertion vehicle. In the past, the company was a particularly active seller to the NPE community, striking privateering deals with the likes of Acacia and Conversant. Those transactions have met with varying degrees of success and have generated a fair amount of opprobrium in some quarters, with critics claiming that such deals help to feed what they perceive to be the destructive part of the IP market.

That Nokia has opted to do this deal with Provenance reflects the much tougher conditions for assertion-based licensing and where the best options increasingly lie for those looking to sell assets. “We have seen that the current market opportunity is around operating companies that want to build their own portfolios,” Rahnasto comments. This is not the only portfolio that Nokia has put on the chopping block, with a portfolio of more than 6,000 assets currently being sold by AQUA Licensing.

Determining the size of the opportunity for Provenance is not particularly straightforward – after all, the assertion market is known for its opacity. However, McCurdy points out that for every litigation case between operating companies in the United States alone, there are estimated to be at least 10 and possibly 20 assertions that do not reach a courtroom. “Every one of those represents an opportunity; so say there were only 400 relevant litigations in a year. Then, if it’s 10 assertions per case that means there are 4,000 opportunities,” McCurdy argues. “So even if we get 10% of the market it’s still huge.”

The Nokia/Provenance transaction is also part of what – from a sales perspective, at least – is shaping up as one of the busiest deals markets in years. According to AST chief executive Russell Binns, the United States is on course to see 30,000 patents put up for sale this year. “It seems like everyone is trying to clean house at the same time,” Binns remarks.

The bumper crop in 2017 is considerably higher than those seen in recent years, where the number of assets hovered somewhere between 18,000 and 20,000, according to Binns. As a defensive patent business that looks to acquire rights on the secondary market, license them to its members and then sell them back into the market, AST has as good a view of what is happening as anyone.

Of course the question is who might buy all of these assets.

Speaking at LES’s annual meeting in Chicago, which took place just a week before IPBC Asia, Richardson Oliver Law Group partner Kent Richardson said that NPEs still remain significant buyers, although for the last few years operating companies have been more active. Some, such as Uber, have been on well-publicised buying sprees, but most large businesses tend to buy on a more discrete basis, picking up assets in one-off deals.

Predicting the future is never the smartest move – just ask all of those entities that bought global portfolios in the past, but focused on maintaining the US elements of them only. However, what seems clear is that on the technology front, the end-consumer market is only going to become even more geographically spread; while Chinese companies, in particular, are going to be looking for further opportunities to expand outside their home market and others will be seeking assertion leverage away from the United States. For all those reasons, sellers with high-quality, multinational portfolios should be reasonably confident that if they do their jobs properly they will find buyers for what they are offering. They may, though, have to accept that the pricing glory days are long gone. 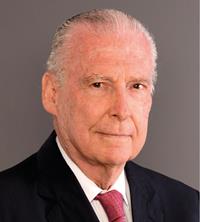