Chinese tech giant Lenovo has announced this morning that Laura Quatela is to take on the role of chief legal officer.  Quatela has made a name for herself in IP monetisation since leading Kodak’s licensing team in generating $4 billion in patent licensing and sale revenues in six short years.  She later took on the role of president of the company and saw them through the tough days of bankruptcy before leaving to establish Quatela Lynch Intellectual Property in early 2014 with long-standing Kodak colleague, Tim Lynch.

It was in this role as principle of Quatela Lynch IP that Quatela was hired by Alcatel Lucent as a non-employee executive officer reporting into the CEO.  Her mission was to replicate the success she and her colleagues had had at Kodak by restructuring Alcatel Lucent’s team and portfolio with the intention of monetising the company’s intellectual property. This remit took an abrupt turn, however, once the company decided on acquisition by Nokia and Quatela’s focus then turned to valuation and the positioning of the IP in light of the merger, as well as the subsequent integration of the Alcatel Lucent IP team into their new home.

Furthermore, Quatela is on the board of directors of Technicolor and helped see the company through its dispute with activist shareholder Vector Capital and implement the Drive 2020 strategy.

Despite Quatela’s appointment at Lenovo differing to those she has held in the recent past - in that it is a permanent position rather than that of a consultant or board member - Quatela Lynch IP will continue to offer its services in her absence.

Quatela’s new home, however, couldn’t be much further from the consulting firm she’s helped turn into a success in only two years. Established in a Chinese guardhouse in 1984 and rebranded to Lenovo twenty years later, this tech super-power has seen stratospheric growth and is today the world’s number one PC provider.  Not happy, however, to rest back on this title, Lenovo has made a number of significant patent acquisitions in the past couple of years to strengthen its position as a personal tech provider - not least the Motorola Mobility portfolio from Google for $2.9 billion which resulted in the company becoming the third largest smartphone provider.  This patent strategy has been driven in large part by Ira Blumberg, the VP of IP hired as the company’s first head of intellectual property back in 2012. Blumberg, along with the rest of the legal team, will report into Quatela, while she in turn will report directly to the company’s CEO.

Quatela is an exciting hire for Lenovo, and the company provides a great new opportunity for a woman who has already made a real name for herself in the IP community. Speaking exclusively in the upcoming issue of IAM, to be published later this month, Quatela reveals exactly what her role will entail at the Chinese giant, how she came to take on the position, and the career that has led her to being primed and ready for such a challenge – make sure you don’t miss it. 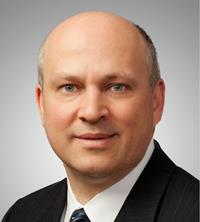