A deal for our times

In a deals market that has been bereft of much headline news for years, InterDigital’s acquisition of Technicolor’s licensing business was an undoubted blockbuster. It also marked the end for one of Europe’s leading licensing operations, which at its peak generated more than $500 million in annual revenues and was led by a string of high-profile IP executives.

The deal – which was announced at the start of March – was valued at $475 million, with InterDigital paying $150 million upfront. The French company will also receive 42.5% of all future cash receipts from InterDigital’s new licensing efforts in the consumer electronics field.

Here is how a press release from InterDigital broke down the other parts of the deal:

Once completed, the deal will draw a line under Technicolor’s licensing operation, which has long been one of the most prominent in the IP value creation market. While the full value of the deal represents a decent return for the French company in the current climate, the total is some way off what it might have been expected to receive a few years ago and the markets were clearly unimpressed, as its stock dropped by more than 20% through the course of the first full day following the announcement.

Technicolor announced last December that it was in advanced talks to sell its patent licensing function, opting to focus its efforts on its operating business. That came as the company faced strengthening headwinds in 2017, which saw revenue for the year drop by 6.8% and earnings by a little over 17%.

InterDigital quickly emerged as the most likely bidder and while it is not clear how many rival bidders there were, IAM understands that at least one well-known non-practising entity (NPE) was actively considering making an offer.

A leader in Europe

Technicolor’s patent business has gone through a period of significant change in recent years. Under IP Hall of Fame member Beatrix de Russé, it emerged as one of the leading licensing operations of any European company, generating hundreds of millions of dollars annually. In 2013, in a move that heralded a series of changes at the top, de Russé was replaced by former Apple IP executive and current Conversant CEO Boris Teksler, who then jumped to Unwired Planet in 2015 (at Technicolor he ran the technology group which included IP and licensing).

He was eventually replaced by Arvin Patel who, after a little less than two years in France, joined TiVo as its IP chief. Former IP Nav executive Deirdre Leane then replaced Patel – InterDigital’s release suggests she will remain with the business, at least in the short term.

Questions had been raised before over Technicolor’s prospects as a combined business. A few years ago it came under pressure from Vector Capital, its largest shareholder at the time, to spin off its operating business so that it could focus on the IP arm. That stand-off escalated significantly in late 2014 and early 2015 as the pair filed competing lawsuits against each other. It ultimately ended in a settlement and now, by selling off the IP operation and retaining its product business, the company has opted to do the complete opposite of what Vector proposed.

From the handful of investors and interested observers that IAM spoke to about the terms of the deal, it is fair to say that the response was mixed. “I feel that the price is not bad for the portfolio – the market had clearly overvalued the licensing business,” said one.

All were uncertain at just how the back-end of the deal might work out, such as how long it would take for Technicolor to see a full return from its 42.5% stake in InterDigital’s new licensing activities. Plus, with the French company giving up most of its intellectual property and therefore its leverage in agreeing cross-licensing deals with competitors, new inbound licensing agreements could become a significant cost for the business.

For InterDigital the acquisition is the latest major deal for the business following the acquisition of sensor business Hillcrest Labs. As CEO Bill Merritt told IAM last year, the company has been keenly aware of the benefits of size in the licensing business. In light of the Technicolor announcement, it is worth looking back on what Merritt told us:

I think the last few years have demonstrated to us that there is huge value to scale in this business. A few years ago there was this fork in the road where we had a lot of companies with portfolios of a greatly different size all carrying reasonably sized valuations. And what has happened is that the ones with the small portfolios have fallen off the map and the ones with the larger portfolios are doing well.

When asked if InterDigital itself might become a target, Merritt responded:

If someone put the right number up there, sure, we’d be a seller – that’s my obligation to the current shareholders. But are we intending to be a buyer? Yes, because I think we can leverage our customer base, we can maintain our model and we can go back to the decision we made in 2009 [to focus on R&D and licensing]. This market is not going anywhere other than growing, particularly as IoT [Internet of Things] becomes a new growth driver. We’ll just do it in a bigger way.

Considering that the Technicolor purchase more than doubles InterDigital’s patent portfolio, the deal certainly meets Merritt’s goals of scaling up. Might it also point to a growing interest among operating companies in outsourcing or selling outright their licensing functions to those with the market savvy, resources and sheer stamina to go about mounting a lengthy and expensive monetisation campaign?

Some in the licensing industry certainly think so and there are a few indications that increasing numbers of companies are actively reconsidering how they manage and possibly monetise their arsenals of intellectual property.

Last November Blackberry announced that it was outsourcing a big chunk of its licensing efforts to Teletry, a new licensing platform administered by the Marconi Group, the company co-founded in 2017 by former Ericsson IP chief Kasim Alfalahi. This followed a number of departures from the Canadian company’s licensing team, including former head Mark Kokes, who had been spearheading a high-profile attempt to monetise the mobile pioneer’s substantial patent portfolio.

There are some clear differences between the Technicolor sale and Blackberry’s agreement. For one thing, the Canadian company did not sell its patent licensing operation to Teletry and – as the infringement lawsuits it filed against Facebook, WhatsApp and Instagram in March demonstrate – it will still do some assertion in-house. However, a few years ago it would have been unheard of for a company sitting on such a large and wide-ranging portfolio as Blackberry’s to hand such a big chunk of its licensing efforts to a third party.

And it is not just Blackberry and Technicolor who are assessing how they should best realise value from their intellectual property. In March, Dominion Harbor strategy chief Tom Hochstatter told the IAM blog that the Texas-based NPE was seeing a significant uptick in interest from companies that have held back from the monetisation market.

“We’re seeing global brands coming to us with thousands of assets which they’re looking to monetise,” he said. “They have held back because of the patent storm in the United States but now they can’t wait any longer.”

Most recently, NPE Dominion Harbor has been in the news because of a string of deals it has struck with Intellectual Ventures (IV), which has seen it amass more than 6,000 patents. If Hochstatter’s comments are any guide, then Dominion’s primary source of assets or partnership deals may shift from the likes of IV to major operating companies.

Selling off patents and effectively outsourcing licensing to monetisers such as Dominion is not unusual in the mobile and semiconductor industries, the two sectors that are arguably the most savvy when it comes to IP value creation. A series of privateering-style deals have seen the likes of Nokia and Broadcom sell off assets, primarily to NPEs, for relatively little cash upfront and a share of any licensing revenues generated.

However, it is the degree to which that type of deal permeates other sectors that will be particularly interesting to follow. The trend of convergence – whereby technology in one sector is increasingly adopted in other industries – means that companies which once viewed their patent portfolios largely in defensive terms as a means to give them freedom to operate are now realising that their intellectual property is relevant in a much wider range of verticals.

Theoretically, at least, that means there are potentially many more companies to which intellectual property can be licensed.

That can lead to greater pressure on IP teams to generate a return from their patents but as those teams are in many cases a cost centre, mounting lengthy and expensive monetisation campaigns may not be an option. Which might lead more operating companies to consider partnering with third parties such as Dominion or, as in the case of Technicolor, selling their licensing business altogether.

That kind of deal making would be helped considerably if the climate in the United States improved. In many ways the demise of Technicolor’s licensing business is a story of lost opportunity and poor timing. Selling at the bottom of the patent market, as uncertainty in the US legal climate in particular continues to depress asset values, is a sad end for what was once the monetisation leader in Europe.

As other companies consider their options for generating a return from their patent portfolios, timing, finding the right partner and structuring the best deal should all feature prominently on their list of priorities. 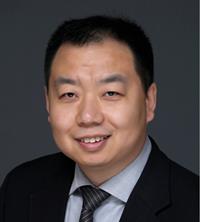