The biggest US patent portfolio is not owned by IBM, but by Samsung Electronics

Samsung Electronics owns by far the biggest portfolio of active US patents, according to data complied by MDB Capital and published exclusively in the most recent issue of IAM. With a horde of 63,434 identified assets on 30th December 2015 (MDB’s cut-off point), the Korean company had well over 20,000 more than second placed Canon, whose portfolio numbered 40,011 patents.

The top American company is IBM, with 39,436 active patents. Although Big Blue is the perennial number one receiver of US patent grants, its aggressive approach to abandonment means that it has never been in number one spot in the MDB rankings, which have been running in IAM as the US Patent 100 since 2014. For the first time, Microsoft has made the top five – coming in at number four with a portfolio of 31,692.

The US Patent 100 ranking identifies the entities with the 100 biggest US patent portfolios. To get on this year’s list the threshold was 4,532, that’s a 12.6% rise on the total for last year (4,024). The company data used to compile the table is a normalised list of public and private patent holders, aggregated by hand with all publicly available subsidiary information. The grant data includes all US patents granted and in force, including utility, design and plant patents. Data is sourced directly from the USPTO assignments database and is aggregated for name variations and subsidiary data. Patents that have expired, are not maintained or have been withdrawn are excluded from this count.

There are seven new entrants onto the US Patent 100 this year: Avago Technologies (36), Kyocera (81), Merck (84), Huawei (86) Caterpillar (97), EMC Corp (98) and Halliburton (100). TE Connectivity, Daimler, Bayer, Rohm, Stanley Black & Decker and Exxon all drop out, while LSI Corp – previously in 55th spot – was acquired by Avago.  You can expect to see Avago storm further up the chart when we publish the 2017 table as a result of its purchase of Broadcom (46 this year), which was closed in January. Another high riser next year will be Nokia (51 this year), following its takeover of Alcatel-Lucent (33).

In the next issue of IAM, which comes out towards the end of May, we will publish MDB Capital’s list of every entity that had a minimum of 1,000 active US patents as of 30th December 2015. There were 383 of them. You’ll need to be an IAM subscriber to find out who they are, but for all blog readers here’s the top 10 of the US Patent 100: 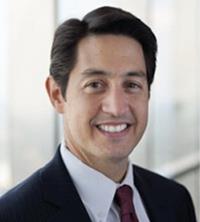