For $37 billion, a semiconductor patent powerhouse is born - with its nerve centre in south-east Asia

After several days of rumours, it was confirmed yesterday that Singapore-incorporated electronics components manufacturer Avago Technologies has made an offer to acquire US semiconductor company Broadcom for $37 billion in what the Wall Street Journal is describing as "tech history's biggest deal". As well as continuing a trend of significant consolidation in the chipmaking industry, the proposed merger also underlines the increasingly active role that high-tech companies in the Asia-Pacific region are playing in the IP transactions marketplace, as the purchase of Broadcom looks set to give Avago one of the world's largest portfolios of active US patent assets.

Back in March, IAM reported on the $11.3 billion merger between the Netherlands' NXP Semiconductors and Texas-based Freescale Semiconductor, as well as a few of the other big M&A events in the chip sector, including Avago's December 2013 acquisition of LSI for $6.6 billion. At the time I did some elementary number-crunching using the 2014 edition of the US Patent Elite - IAM and MDB Capital Group's listing of all the entities owning over 1,000 in-force, granted US patents - and came up with the following estimate for the size of the US patent portfolio resulting from the combination:

The next issue of IAM Magazine - which will be available for subscribers to read online from 1st June - features the latest US Patent Elite list. Using this updated data, I have put together a new table which takes the Broadcom buyout into account (note that the 2015 US Patent Elite will still rank Avago and LSI as separate entities; the former's acquisition of the latter completed in May last year):

When Avago's US patent holdings are counted along with Broadcom's and LSI's, it would come in at 13th place on the 2015 US Patent Elite - just behind 12th-placed General Electric (with 20,216 granted, active patents) but a fair way in front of Micron (with 18,889). What we can clearly see here is that, prior to doing these two deals, Avago possessed a considerably smaller US patent portfolio than either of its acquisition targets. And while the Singaporean company will clearly get a lot more than just patents by taking on Broadcom, anyone following the semiconductor industry will know that it is a sector in which intellectual property is totally fundamental to the business. As such, it is probably fair to say that a substantial proportion of the total $43.6 billion that Avago has paid out for Broadcom and LSI is accounted for by patents, trade secrets and related intangibles.

Avago was spun-out of Agilent Technologies in 2005 (Agilent was itself spun-out of Hewlett-Packard six years prior to that) and the company, though it is now incorporated and headquartered in Singapore, continues to maintain significant operations in California. Nevertheless, the tie-up with Broadcom will substantially strengthen its US presence, and is indicative that many growing Asia-Pacific-based companies are increasingly looking to buy intellectual property from third parties in order to reinforce their existing market share and expand their businesses globally.

What's more is that the combined company resulting from the merger - which will see Avago pay $17 billion in cash and $20 billion in its own shares - will reportedly retain the Broadcom name, which is undoubtedly a highly recognised brand in the global B2B electronics industry and should help Avago to expand its industry footprint.

Who said that IP mega-deals were a thing of the past? 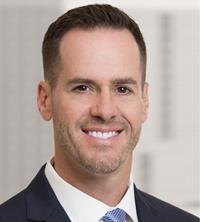